Sierra Leone – The Beginning of a Bright Future

Wes Martin
|
Posted: Mar 12, 2019 10:01 PM
Share   Tweet
The opinions expressed by columnists are their own and do not necessarily represent the views of Townhall.com. 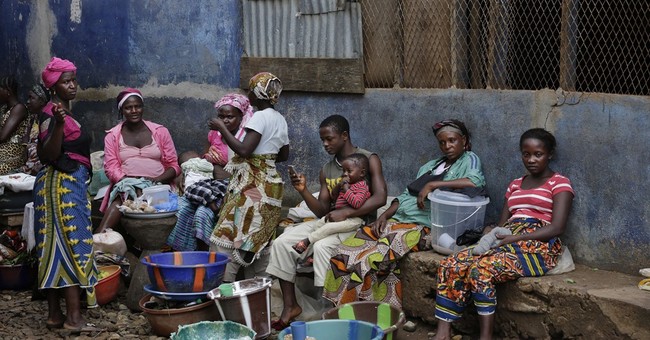 Colonel (Retired) Wes Martin, U.S. Army Military Police, has served in law enforcement positions around the world and holds an MBA in International Politics and Business.

Out of the most desperate of situations, there occasionally emerges the right person at the right time.  In Sierra Leone that person may be President Julius Maada Bio.

Understanding Bio’s efforts to repair the ills of his country requires an understanding of the man himself.  As a young Army officer, he combatted smuggling and criminal activity on the Guinean border, served inside Liberia as a member of the African Peacekeeping Force, and protected Sierra Leone border towns against raids by the Revolutionary Front Rebels.

As a brigadier general, he led the 1996 military coup that removed the sitting military government from power. A few months later, when democratic elections were completed and validated by the international community, Bio turned the government over to the newly elected officials.

Bio then retired from the military and relocated to the United States, beginning his academic and business pursuits. The sheer act of moving abroad allowed the new government to develop, but the path forward would not be without its bumps along the way. Sierra Leone did not progress into a peaceful democracy.  In 1997, the democratic government was overthrown in a military coup backed by the Liberian strongman Charles Taylor.

When peace was eventually restored by the international community, Bio returned to Sierra Leone not as a soldier, but as a statesman.  After years of working within the political system, in April, 2018, Bio was elected as the country’s president.

He has established a commission of judges to investigate and initiate prosecutions against past and present government corruption.  Included are audits of his own ministries, government agencies, and government-issued mining contracts. Ensuring global transparency, this commission is led by an international judge. These steps, though moves in the right direction are no panacea.

Uniquely, Sierra Leone possesses the capability to finance all of President Bio’s proposed reforms.  Due to the country's 7,000 square miles of diamond fields, iron ore deposits estimated at 12.8 billion tons, large reserves of precious metals, 5.4 million hectares of farm land, and a capable work force change may indeed be possible.

Later this spring, Invest Africa US, an organization that works with business leaders who share a common interest in stimulating investment, economic growth, employment and the reduction of poverty in Africa, and the Whitaker Group will partake in a global investment mission to Sierra Leone.

Sierra Leone is fast becoming a West African "lighthouse." Though the future looks bright real change takes time, but all signs point to a country headed in the right direction.