Wayne Allyn Root
|
Posted: Jun 30, 2019 12:00 AM
Share   Tweet
The opinions expressed by columnists are their own and do not necessarily represent the views of Townhall.com. 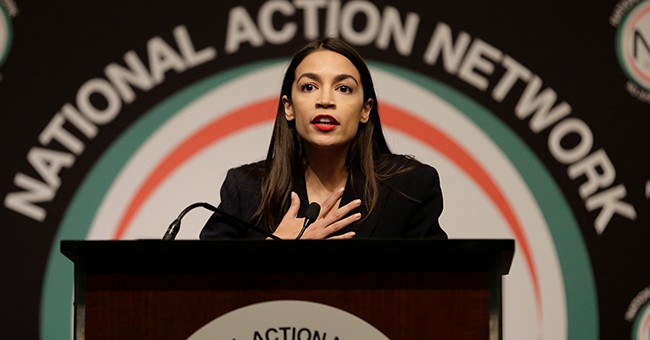 I just finished watching the amazing HBO miniseries "Chernobyl." It's one of the finest series ever produced.

The biggest takeaway is how socialists and communists lie. It's in their DNA. They lie about everything. And those lies are often so absurd they get themselves in trouble.

When it came to Chernobyl, the Soviet communist propaganda machine lied about everything. Officials denied there was any problem in the first place. Then they denied it was a complete meltdown. They denied nearby towns had to be evacuated. They denied the KGB knew there was a potential problem long before it happened but hid the proof. They lie about the death count to this day. They say 31 died. Scientists say around 100,000 died.

Socialist policies always lead to disaster, misery and unimaginable poverty. But the socialists and communists in power always lie and blame others to cover it up.

Sound familiar? This is the entire modus operandi of the Democratic Party. Ever listen to Bernie Sanders? Or Alexandria Ocasio-Cortez? Their form of socialism is "different." It's nothing like the socialism that murdered 100 million human beings. Even though Sanders' platform is almost the same as "The Communist Manifesto" by Karl Marx.

Barack Obama created the worst economy since the Great Depression. Economic growth was, by some measures, the worst in history. Yet, Democrats swear the economy was fantastic under Obama. How would they know? The whole Democratic electorate is on welfare, working a government job (no matter how incompetent they are) or living in their parents' basement.

Want proof? A new study out of Germany found that 92% of left-wing activists who were arrested for politically related offenses still lived with mommy and daddy. That means almost every Democrat protester and agitator you see screaming "Trump is a Nazi" and demanding cradle-to-grave welfare and free health care likely lives in mommy and daddy's basement, sucking their thumbs all day while playing video games.

These leftist losers demand electricity rates must skyrocket in the name of "climate change," but they've never paid an electric bill. They're probably still on their parents' Verizon cellphone plan. There's no illegal alien crisis, but they demand sanctuary cities and states. They claim it's "racist" to call it an invasion, even as 150,000 illegals pour through our border every month. That's as big of an invading force as the GIs who landed on D-Day. They scream about illegal children separated from parents, living on cold floors. But the photos they tweet out are all from when Obama was president.

AOC and her Marxist friends in Congress even claim Trump has "concentration camps" on the border. When faced with her lie, when condemned by Jewish organizations, AOC refused to apologize and turned down an offer to visit Auschwitz. Why let facts get in the way?

Remind you of anything? It's Chernobyl all over again. These awful lies will come back to haunt Democrats in 2020, just as the lies of Chernobyl brought down the evil Soviet empire.