Proof Liberals are a Danger to All of Us

Wayne Allyn Root
|
Posted: Aug 24, 2018 12:01 AM
Share   Tweet
The opinions expressed by columnists are their own and do not necessarily represent the views of Townhall.com. 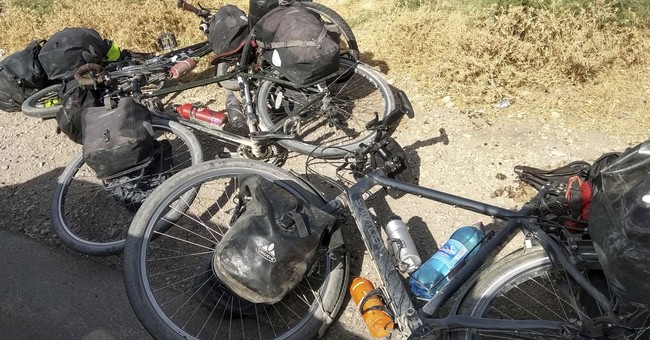 Liberal Democrats are a danger to all of us. The lessons are staring us in the face.

This is what liberal Democrats offer America.

Obama, Hillary, Elizabeth Warren and the new Democrat hero Alexandria Ocasio-Cortez all offer socialist policies. They want desperately to destroy or badly damage capitalism. The same capitalism unleashed by President Trump that has resulted in the lowest black unemployment in history and a historic 400% increase in black business ownership in one year.

Why would anyone want to change those results?

There is no need to guess if the socialist policies of today’s Democrat Party work. Venezuela was the richest country in Latin America only 20 years ago. That’s when they practiced capitalism. Then socialist Hugo Chavez took over. He modeled Venezuela after the Cuban model.

Today there is no food on shelves…very little water…no gas available in an oil-rich country…no toilet paper. The proud people of Venezuela are eating out of dumpsters and garbage cans.

Days ago, it got much worse. The socialist president of Venezuela Nicolas Maduro devalued the currency overnight by 96 percent. This is one of the largest currency devaluations in world history.

But have no fear. Venezuela’s socialist leader introduced bold new policies to save the country. His solutions to the unfolding disaster? Higher taxes, subsidized gas prices and a massive minimum wage increase.

Do you recognize those solutions? Those are the exact prescriptions of Democrat politicians in America.

But why go all the way to Venezuela to see the model. Just look at Chicago. Almost 60 more black Chicagoans were shot this past weekend. There is a black genocide. Over half a century of 100% Democrat rule. Do the people of Chicago seem happy?

But the best story is yet to come. This is the story that says it all about how wrong liberal Democrats are about EVERYTHING.

A young, liberal, vegan couple from the DC Swamp took a bike trip through the Central Asian nation of Tajikistan to prove the world is a wonderful place. Jay Austin and Lauren Geoghegan both quit their jobs last year to make this bike trip of a lifetime. In their blog, they said they wanted to “share the openheartedness and acts of kindness” in the world. How sweet.

Jay said, "You read the papers and you’re led to believe the world is a big, scary place. People, the narrative goes, are not to be trusted. People are bad. People are evil. I don’t buy it. Evil is a make-believe concept…humans are generous and wonderful and kind.”

Their dream trip came to an end on July 29th when Islamic terrorists rammed their bikes, knocked the two naïve liberals to the ground, then five men got out and stabbed them to death. ISIS has since taken credit.

This is a tragedy. I'm very sorry for their deaths. But...

These stories are proof positive that liberalism is a danger to all of us. Liberals and their moronic ideas will make us poor, miserable and may even get us killed.