The Worst Enemy of Black People

Walter E. Williams
|
Posted: Jan 02, 2019 12:01 AM
Share   Tweet
The opinions expressed by columnists are their own and do not necessarily represent the views of Townhall.com. 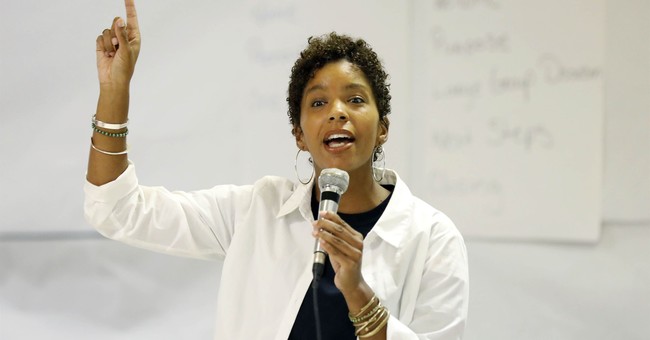 Malcolm X was a Muslim minister and human rights activist. Born in 1925, he met his death at the hands of an assassin in 1965. Malcolm X was a courageous advocate for black civil rights, but unlike Martin Luther King, he was not that forgiving of whites for their crimes against black Americans. He did not eschew violence as a tool to achieve civil and human rights. His black and white detractors accused him of preaching racism and violence. Despite the controversy, he has been called one of the greatest and most influential black Americans.

Many black Americans have great respect for Malcolm X. Many schools bear his name, and many streets have been renamed in honor of him, both at home and abroad. But while black Americans honor Malcolm X, one of his basic teachings goes largely ignored. I think it's an important lesson, so I will quote a large part of it.

There's a historical tidbit that those much younger than I (almost 83 years old) are ignorant of. In black history, we have been called -- and called ourselves -- several different names. Among the more respectable have been "colored," "Negro," "black," "Afro-American" and "African-American." I recall when Mrs. Viola Meekins, when I was a student at Stoddart-Fleisher Junior High School in the late 1940s, had our class go page by page through a textbook and correct each instance in which Negro was printed with a lowercase "n." In Malcolm X's day, and mine, Negro was a proud name and not used derisively by blacks as it is today.

Malcolm X was absolutely right about our finding solutions to our own problems. The most devastating problems that black people face today have absolutely nothing to do with our history of slavery and discrimination. Chief among them is the breakdown of the black family, wherein 75 percent of blacks are born to single, often young, mothers. In some cities and neighborhoods, the percentage of out-of-wedlock births is over 80. Actually, "breakdown" is the wrong term; the black family doesn't form in the first place. This is entirely new among blacks.

According to the 1938 Encyclopaedia of the Social Sciences, that year only 11 percent of black children were born to unwed mothers. As late as 1950, female-headed households constituted only 18 percent of the black population. Today it's close to 70 percent. In much earlier times, during the late 1800s, there were only slight differences between the black family structure and those of other ethnic groups. In New York City in 1925, 85 percent of kin-related black households were two-parent households. Welfare has encouraged young women to have children out of wedlock. The social stigma once associated with unwed pregnancy is all but gone. Plus, "shotgun" weddings are a thing of the past. That was when male members of a girl's family made the boy who got her pregnant live up to his responsibilities.

The high crime rates in so many black communities impose huge personal costs and have turned once-thriving communities into economic wastelands. The Ku Klux Klan couldn't sabotage chances for black academic excellence more effectively than the public school system in most cities. Politics and white liberals will not solve these and other problems. As Malcolm X said, "our problems will never be solved by the white man."