Will Automation Kill Our Jobs?

Walter E. Williams
|
Posted: Feb 21, 2018 12:01 AM
Share   Tweet
The opinions expressed by columnists are their own and do not necessarily represent the views of Townhall.com. 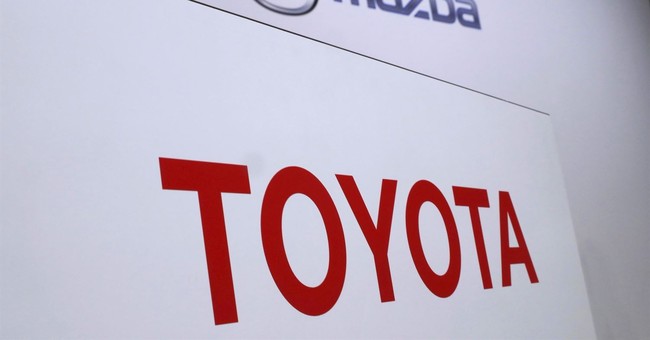 A recent article in The Guardian dons the foreboding title "Robots will destroy our jobs -- and we're not ready for it." The article claims, "For every job created by robotic automation, several more will be eliminated entirely. ... This disruption will have a devastating impact on our workforce." According to an article in MIT Technology Review, business researchers Erik Brynjolfsson and Andrew McAfee believe that rapid technological change has been destroying jobs faster than it is creating them, contributing to the stagnation of median income and the growth of inequality in the United States.

If technology is destroying jobs faster than it's creating them, it is the first time in human history that it's done so. Actually, the number of jobs is unlimited, for the simple reason that human wants are unlimited -- or they don't frequently reveal their bounds. People always want more of something that will create a job for someone. To suggest that there are a finite number of jobs commits an error known as the "lump of labor fallacy." That fallacy suggests that when automation or technology eliminates a job, there's nothing that people want that would create employment for the person displaced by the automation. In other words, all human wants have been satisfied.

What about the claim that our manufacturing jobs are going to China -- a claim that's fueling the Trump administration to impose trade barriers? It is true that between 2001 and 2013, 3.2 million jobs were outsourced to China. However, in the same time frame, China lost about 4.5 million manufacturing jobs, compared with the loss of 3.1 million in the U.S. Job loss is the trend among the top 10 manufacturing countries, which produce 75 percent of the world's manufacturing output (the U.S., Japan, Germany, China, Britain, France, Italy, South Korea, Canada and Mexico). Only Italy has managed not to lose factory jobs since 2000. Nonetheless, the U.S. remains a major force in global manufacturing.

If our manufacturing sector were its own economy and had its own gross domestic product, it would be the seventh-largest in the world. Total manufacturing value could be as high as $5.5 trillion. In other words, about 17 percent of global manufacturing activity happens in the United States, and America dominates advanced manufacturing. According to the Alliance for American Manufacturing, U.S. manufacturing employs a large percentage of the workers who are trained in fields related to science, technology, engineering and math. It employs 37 percent of architectural and engineering workers and 16 percent of life, physical and social scientists.

Economist Joseph Schumpeter described this process of technological change. He called it "creative destruction." Technology and innovation destroy some jobs while creating many others. According to the Bureau of Labor Statistics, the U.S. labor force in 1950 was 62 million. By 2000, it was 79 million, and it's projected to reach 192 million by 2050. Though the "creative destruction" process works hardships on some people who lose their jobs and are forced to take lower-paying jobs, any attempt to impede the process would make all of us worse off.