Walter E. Williams
|
Posted: Oct 03, 2017 12:01 AM
Share   Tweet
The opinions expressed by columnists are their own and do not necessarily represent the views of Townhall.com. 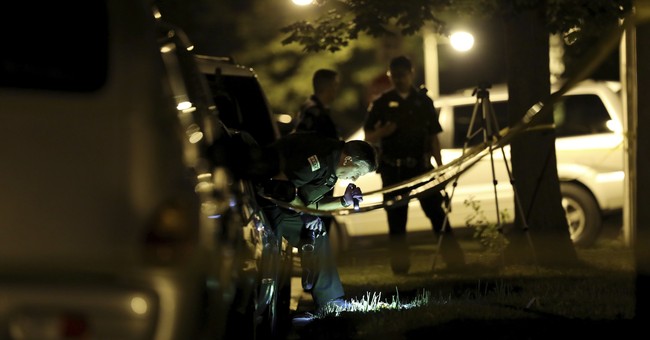 Let's throw out a few numbers so we can put in perspective the NFL players taking a knee during the playing of the national anthem. Many say they are protesting against police treatment of blacks and racial discrimination. We might ask just how much sense their protest makes.

Here are the Chicago numbers for the ignored deaths. So far in 2017, there have been 533 murders and 2,880 shootings. On average, a person is shot every two hours and 17 minutes and murdered every 12 1/2 hours. In 2016, when Colin Kaepernick started taking a knee, Chicago witnessed 806 murders and 4,379 shootings. It turns out that most of the murder victims are black. Adding to the tragedy is the fact that Chicago has a 12.7 percent murder clearance rate. That means that when a black person is murdered, his perpetrator is found and charged with his murder less than 13 percent of the time.

Similar statistics regarding police killing blacks versus blacks killing blacks apply to many of our predominantly black urban centers, such as Philadelphia, Baltimore, New Orleans, St. Louis and Oakland. Many Americans, including me, see the black NFL player protest of police brutality as pathetic, useless showboating. Seeing as these players have made no open protest against the thousands of blacks being murdered and maimed by blacks, they must view it as trivial in comparison with the police killings. Most of the police killings fit into the category of justified homicide.

NFL players are not by themselves. How much condemnation do black politicians, civil rights leaders, and liberal whites give to the wanton black homicides in our cities? When have you heard them condemning the very low clearance rate, whereby most black murderers get away with murder? Do you believe they would be just as silent if it were the Ku Klux Klan committing the murders?

What's to blame for this mayhem? If you ask an intellectual, a leftist or an academic in a sociology or psychology department, he will tell you that it is caused by poverty, discrimination and a lack of opportunities. But the black murder rate and other crime statistics in the 1940s and '50s were not nearly so high as they are now. I wonder whether your intellectual, leftist or academic would explain that we had less black poverty, less racial discrimination and far greater opportunities for blacks during earlier periods than we do today. He'd have to be an unrepentant idiot to make such an utterance.

So what can be done? Black people need to find new heroes. Right now, at least in terms of the support given, their heroes are criminals such as Baltimore's Freddie Gray, Ferguson's Michael Brown and Florida's Trayvon Martin. Black support tends to go toward the criminals in the community rather than to the overwhelming number of people in the community who are law-abiding. That needs to end. What also needs to end is the lack of respect for and cooperation with police officers. Some police are crooked, but black people are likelier to be victims of violent confrontations with police officers than whites simply because blacks commit more violent crimes than whites per capita.

For a race of people, these crime statistics are by no means flattering, but if something good is to be done about it, we cannot fall prey to the blame games that black politicians, black NFL players, civil rights leaders and white liberals want to play. If their vision is accepted, we can expect little improvement of the status quo.