Walter E. Williams
|
Posted: Jan 04, 2017 12:01 AM
Share   Tweet
The opinions expressed by columnists are their own and do not necessarily represent the views of Townhall.com. 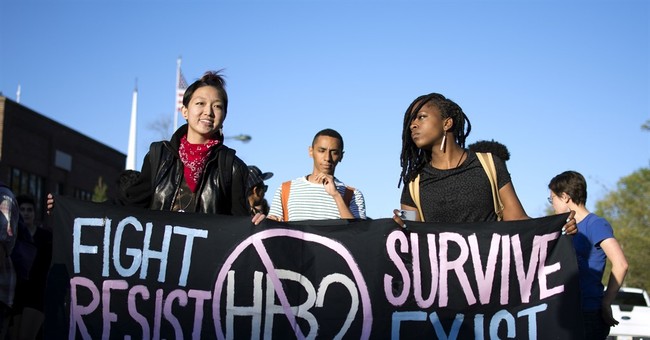 We will never understand liberals and progressives until we recognize that they often see reality as a social construct subject to being challenged and changed. For example, throughout the world, boys and girls have different toy preferences. Typically, boys like to play with cars and trucks, whereas girls prefer dolls. Liberals explain this with the assertion that boys and girls are socialized and encouraged to play with different types of toys by their parents, peers and "society." Growing scientific evidence suggests that toy preferences have a biological origin. Even studies of male and female primates find that they exhibit similar toy preferences. Despite the growing evidence of biological determinism, liberals have managed to intimidate toy sellers into getting rid of the labels "toys for boys" and "toys for girls."

Another reality issue that's extremely annoying to liberals and progressives is chromosomal sex determination. The XX/XY sex determination system is found in humans. Females have two of the same kind of sex chromosome (XX), whereas males have two distinct sex chromosomes (XY). This chromosomal reality is seen as limiting, annoying and an artifact of a patriarchal, chauvinistic society. So liberals and progressives want to change it. Say you are an XY (male) individual but would like to conduct your affairs in a facility designated for XX (female) individuals, such as a ladies' room. You can satisfy your desire by claiming that you are transgender -- that is, you've switched from one gender to another. Therefore, if one has XY chromosomes, he can behave as if he were an XXer. Plus, there is the expectation of being addressed according to one's chosen gender. The Minneapolis Police Department has a new rule that requires officers to address transgender people using their preferred names and pronouns. When an XYer is arrested but claims he is a woman, I wonder whether the police will place him in a cell with XXers. Just how far the Minneapolis authorities will go is in question; maybe they, too, believe that reality is optional.

Another part of reality that liberals and progressives find difficult to accept is the fact that equality among humans is the exception and inequality the norm. If one were to list the world's top 30 violinists of the 20th century, at least 20 of them would be of Jewish ancestry. Jews constitute no more than 3 percent of the U.S. population but 35 percent of American Nobel Prize winners. One wonders what liberals would propose to promote equality in violin excellence and winning a Nobel Prize. By the way, liberals and progressives love to attend classical concerts, where there is a virtual absence of racial diversity.

Year after year, blacks of West African descent walk away with all of the prizes in the Olympic 100-meter run. The probability of such an outcome by chance is all but zero. It must be a reality -- namely, genetic physiological and biomechanical characteristics -- that causes blacks to excel in certain sports (e.g., basketball, football and track) and spells disaster for those who have aspirations to be Olympic-class swimmers.

Somehow liberals and progressives manage to cope with some realities but go ballistic with others. They cope well with black domination of basketball, football and track and with the near absence of black performers in classical concerts. They also accept the complete absence of women in the NFL and NBA. They even accept geographical disparities. For example, not a single player in the NHL's history can boast of having been born and raised in Hawaii, Louisiana or Mississippi. The reality that they go ballistic on is the reality that we are not all equally intelligent. There are many more male geniuses than female, and median male IQ is higher. Liberals might argue bias in the testing. Men are taller on average than women. If liberals don't like that, would they accuse the height-measuring device of being biased?

The lesson liberals need to learn is that despite their arrogance, they do not have the power to alter reality.