The Rich and Us

Walter E. Williams
|
Posted: Nov 02, 2016 12:01 AM
Share   Tweet
The opinions expressed by columnists are their own and do not necessarily represent the views of Townhall.com. 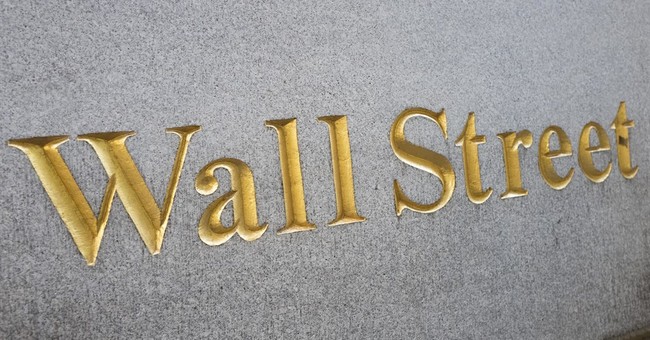 Trending
Microsoft co-founder Bill Gates, having a net worth of $81.8 billion, and Amazon.com CEO Jeff Bezos, having a net worth of $70.4 billion, are the nation's two richest men. They are at the top of the Forbes 400 list of America's superrich individuals, people who have net worths of billions of dollars. Many see the rich as a danger. New York Times columnist Bob Herbert wrote, "It doesn't really matter what ordinary people want. The wealthy call the tune, and the politicians dance." His colleague Paul Krugman wrote, "On paper, we're a one-person-one-vote nation; in reality, we're more than a bit of an oligarchy, in which a handful of wealthy people dominate." It's sentiments like these that have led me to wish there were a humane way to get rid of the rich. For without having the rich around to be whipping boys and distract our attention, we might be able to concentrate on what's best for the 99.9 percent of the rest of us.

Let's look at the power of the rich. With all the money that Gates, Bezos and other superrich people have, what can they force you or me to do? Can they condemn our houses to create space so that another individual can build an auto dealership or a casino parking lot? Can they force us to pay money into the government-run -- and doomed -- Obamacare program? Can they force us to bus our children to schools out of our neighborhood in the name of diversity? Can they force us to buy our sugar from a high-cost domestic producer rather than from a low-cost Caribbean producer? The answer to all of these questions is a big fat no.

You say, "Williams, I don't understand." Let me be more explicit. Bill Gates cannot order you to enroll your child in another school in order to promote racial diversity. He has no power to condemn your house to make way for a casino parking lot. Unless our elected public officials grant them the power to rip us off, rich people have little power to force us to do anything. A lowly municipal clerk earning $50,000 a year has far more life-and-death power over us. It is that type of person to whom we must turn for permission to build a house, ply a trade, open a restaurant and do myriad other activities. It's government people, not rich people, who have the power to coerce us and rip us off. They have the power to make our lives miserable if we disobey. This coercive power goes a long way toward explaining legalized political corruption.

Take just one of thousands of examples. The Fanjuls are among the biggest sugar cane growers, and they co-own the world's largest refining company, American Sugar Refining, which markets its product under the brand names Domino, C&H, Redpath, Tate & Lyle and Florida Crystals. During the 2014 election cycle, Florida Crystals contributed more than $860,000 to candidates and political spending groups. It spent more than $1 million lobbying Congress, the U.S. departments of Agriculture and Commerce, and the Office of the U.S. Trade Representative. Here's my question to you: Do you think it forked over all that money to help our elected representatives uphold and defend the U.S. Constitution? Nonsense. The Fanjuls and other sugar producers want Congress to use tariffs to keep foreign-produced sugar out of our country so they can reap the financial benefits from being able to charge Americans two to three times the world price of sugar.

So here's the ultimate question: If some rich people can line the pockets of politicians to do their bidding at the expense of the rest of us, who's to blame? I think it's we, the people, who are to blame for not using our votes to run such politicians out of town -- and that's most of them. But that might be deceitful of us, for we also ask politicians to enable us to live at the expense of others.