Walter E. Williams
|
Posted: Oct 05, 2016 12:01 AM
Share   Tweet
The opinions expressed by columnists are their own and do not necessarily represent the views of Townhall.com. 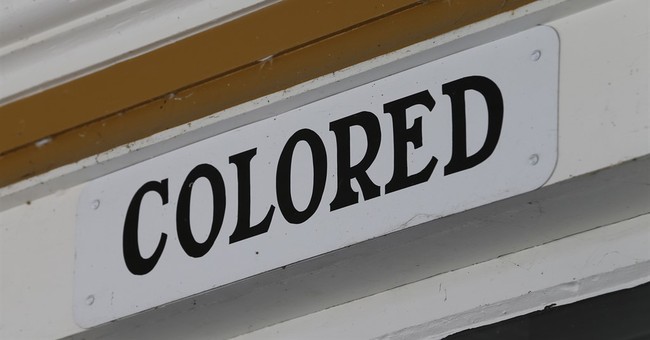 Trending
I was invited, along with several other American professors, to deliver lectures at South Africa's University of the Witwatersrand in Johannesburg in 1979. Pieter Willem Botha was the prime minister, and apartheid, though becoming a bit relaxed, was the law of the land. Under apartheid, intermarriage between blacks, coloureds and Indians on the one hand and whites was prohibited. There was the Group Areas Act, which determined where different races could live. In addition to many other racially discriminatory laws, there were job reservation laws that determined who could hold what jobs by race. My lecture sought to produce the argument that in free market settings, one is apt to observe less racial discrimination because it is costly to both the discriminated and the discriminator.

So my lecture began with this question: Why doesn't South Africa have a law against elephants flying? Elephants having no radar and understanding of flight procedures would pose a severe air traffic control problem. The answer to my question is quite simple. There is no need for a law banning elephants from flying because elephants cannot fly. Think about South Africa's Prohibition of Mixed Marriages Act of 1949, which banned marriages between people of different races. What about its job reservation laws, which required that only whites be employed in certain occupations, such as blasting, running elevators, driving engines, supervising boilers and other machinery, supervising people's shifts, and overseeing mines? A question naturally arises: If white people would not intermarry or if white mine owners would not hire blacks to run mine elevators and other machinery, why in the world would a law banning them from doing so be necessary? The answer is that whenever there is a law on the books, one's immediate suspicion should be that the law is there because not everyone would behave according to the law's specifications. In other words, some people would intermarry and some mine owners would hire blacks in those reserved jobs.

From the 1880s into the 1960s, the majority of American states enforced some form of segregation through what were known as Jim Crow laws. Here's a tiny sampling of those laws: "It shall be unlawful for a negro and white person to play together or in company with each other at any game of pool or billiards." "All marriages between a white person and a negro, or between a white person and a person of negro descent to the fourth generation inclusive, are hereby forever prohibited." "No colored barber shall serve as a barber to white women or girls." "Separate free schools shall be established for the education of children of African descent; and it shall be unlawful for any colored child to attend any white school, or any white child to attend a colored school."

Just as in the case of South Africa, why in the world would a law be required to prevent interracial billiard playing, interracial marriage, a black barber's fixing the hair of white women or a white student's attending a black school? Again, the answer is apparent: Not everyone would behave according to the law's specifications. Some white women would patronize black barbers. Some white men would play billiards with blacks.

The bottom line is that racists cannot trust free markets to racially discriminate. Free markets, with their dispersion of power, have little respect for race. Racial solidarity could not prevent white South African businessmen from contravening laws that banned them from hiring blacks in jobs "reserved" for whites. In the U.S., Jim Crow laws were frequently ignored. In South Africa, the U.S. and elsewhere, the private desire for profits and other personal gain challenged racial loyalty. Racists need the force of government to have success.

Nowadays, there is not much respectability for using racism for rigging the economic game. The more respectable forms that produce similar results are market-interfering measures such as the Davis-Bacon Act, minimum wage laws and occupational and business licensing regulations.