Walter E. Williams
|
Posted: Feb 24, 2016 12:01 AM
Share   Tweet
The opinions expressed by columnists are their own and do not necessarily represent the views of Townhall.com. 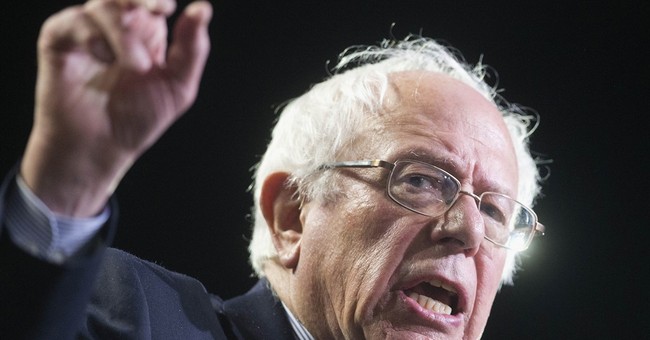 Jonathan Swift (1667-1745), satirist, essayist and political pamphleteer, is a favorite of mine. He wrote "Gulliver's Travels." One of Gulliver's voyages was to Laputa, where he visited the grand academy of Lagado, whose scientists have visions not unlike today's politicians who exploit mankind's gullibility.

Before getting around to our politicians, how about a quick synopsis of Gulliver's visit to the grand academy of Lagado, where scientists were trying to solve important problems? To wage war against famine, one scientist was trying to convert excrement back into food. For eight years, another scientist was engaged in a project to extract sunbeams from cucumbers. An architect was trying to find a way to build houses starting from the roof down so as to provide shelter for construction workers as they completed their work during inclement weather. Then there was sheer lunacy in the case of a professor who claimed that conspiracies against government could be discovered by studying the excrement of subjects. All of these projects of the grand academy of Lagado scientists were doomed to failure primarily because of the immutable prohibitions of the first and second laws of thermodynamics.

How, you might ask, do these laws apply to politicians and gullible Americans? The first law of thermodynamics, translated into plain English, states that "there is no such thing as a free lunch." Conservation of energy is a basic law of physics that cannot be violated. My question to Sen. Bernie Sanders and his supporters, with his promise of free college tuition, is: Has he discovered a way around the laws of physics? Or is he lying about getting something for nothing and really means that he plans to take the earnings of one American in order to provide "free" college tuition? Of course, he might have a more horrible method in mind as a way to provide free tuition, namely the enslavement of professors. One wonders whether Sanders would receive as much cheer from his youthful supporters if he were honest with them and told them he was going to provide for their "free" education by taking the earnings of another or by enslaving professors.

Presidential candidate Donald Trump promised, "I will be the greatest jobs president that God ever created." To assist in accomplishing that goal he has vowed to impose a 35 percent tariff on imported Ford vehicles from Mexico. More recently, he threatened to impose tariffs on Carrier air conditioners because its parent company, United Technologies Corp., announced plans to move to Mexico.

Trump's battle is not against Mexico, Ford or United Technologies. Instead, his real battle is against American people who would buy goods made abroad. This is readily seen by asking the question: Would Trump and other anti-free traders be concerned if Americans voluntarily refused to purchase foreign goods? Donald Trump and business and labor groups, who are against Americans purchasing goods made in other countries, can simply ask the American people not to purchase from abroad. Tyrants would never buy that strategy. Tyrants do not trust free markets and what they imply, voluntary exchange, because people acting voluntarily might not do what the tyrant thinks they should do. That is why they favor compulsion in the forms of tariffs and quotas to stifle peaceable, voluntary exchange with foreigners.

By the way, some of the political obfuscation about foreign trade is lifted when we recognize that it is not really nations trading with one another. In other words, the U.S. Congress does not trade with the federal government of Mexico, England's or France's parliaments or Japan's Diet. It's individual Americans who, through private intermediaries, trade with: Mexican Ford manufacturers, English clothing manufacturers, French wine producers and Japanese automakers.

Too many Americans believe in the possibility of a free lunch. Politicians exploit that gullibility. The unpleasant task of a good economist is to teach that fundamental principle: One cannot get something for nothing.