Walter E. Williams  |  Sep 01, 2010
The opinions expressed by columnists are their own and do not necessarily represent the views of Townhall.com.
Top Columns
Trending on Townhall Media 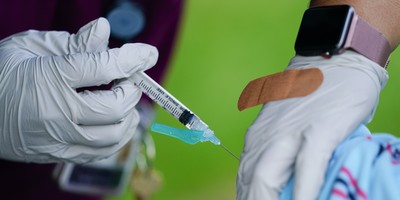 Perhaps the most difficult economic lesson is that we live in a world of scarcity and everything has a cost. Scarcity exists whenever human wants exceed the means to satisfy those wants. For example, Rolls-Royce produces less than 4,000 cars a year but it's a safe bet that more than 4,000 of the Earth's 6.5 billion people want a Rolls-Royce. That means Rolls-Royces are scarce. But it's not just Rolls-Royces that are scarce. It's clothing, food, land and most anything a human would want. There's not enough to meet every single want.

Scarcity means there's no free lunch. Having more of one thing requires having less of another. You might say, "Williams, that's where you're wrong. Someone gave me this newspaper and I'm reading your column for free!" Not true. If you weren't spending time reading my column, you might have spent the time reading something else, chatting with your wife or children, or going out for a jog. You're reading my column for a zero price but you're not doing so at zero cost. You have to sacrifice something. There are zero-price services such as "free libraries," "free public schools," "free transportation" and free whatever. It doesn't mean that costs are not being borne by somebody.

The vision of getting something for nothing, or getting something that someone else has to pay for, explains why so many Americans are duped by politicians. A congressional hoax that's flourished for seven decades is the Social Security hoax that half of the Social Security tax (6.2 percent) is paid by employers, the other half (6.2 percent) paid by employees. The law says that if you are self-employed, you get to pay both halves. The fact of the matter is whether you're self-employed or not, you pay both halves of the Social Security tax that totals 12.4 percent. Let's look at it.

Suppose you hire me and our agreed-upon weekly salary is $500. From that $500, you're going to deduct $31 as my share of the Social Security tax and you're going to add $31 as the so-called employer's share, sending a total of $62 to the IRS. Here's the question: What is the weekly cost for you to hire me? I hope you answered $531.

The next question is: In order to make hiring me profitable, what must be the minimum dollar value of my contribution to your total output? If you said $531, go to the head of the class because if the value of my contribution to total output is only our agreed-upon salary of $500, you're making losses hiring me and you're going to be out of business soon. Therefore, if I am producing $531 worth of value per week, it is I who's paying the so-called employer as well as the employee share. The reason why Congress created the fiction of the employer share was to deceive us into thinking that we're paying fewer taxes than we in fact are.

The bottom line lesson is that if you think you're getting something for nothing, or somebody else is paying for something you receive, you'd better give it another look.