Is Health Care a Right? 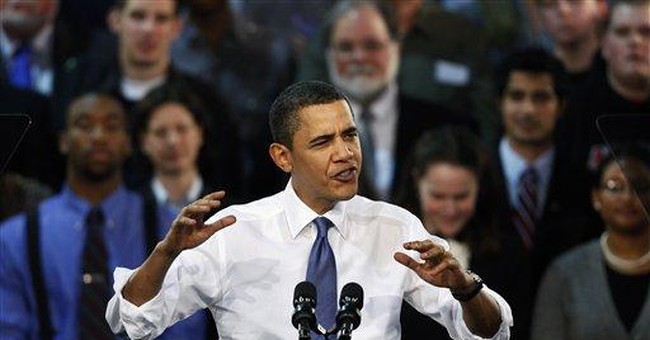 Most politicians, and probably most Americans, see health care as a right. Thus, whether a person has the means to pay for medical services or not, he is nonetheless entitled to them. Let's ask ourselves a few questions about this vision.

Say a person, let's call him Harry, suffers from diabetes and he has no means to pay a laboratory for blood work, a doctor for treatment and a pharmacy for medication. Does Harry have a right to XYZ lab's and Dr. Jones' services and a prescription from a pharmacist? And, if those services are not provided without charge, should Harry be able to call for criminal sanctions against those persons for violating his rights to health care?

You say, "Williams, that would come very close to slavery if one person had the right to force someone to serve him without pay." You're right. Suppose instead of Harry being able to force a lab, doctor and pharmacy to provide services without pay, Congress uses its taxing power to take a couple of hundred dollars out of the paycheck of some American to give to Harry so that he could pay the lab, doctor and pharmacist. Would there be any difference in principle, namely forcibly using one person to serve the purposes of another? There would be one important strategic difference, that of concealment. Most Americans, I would hope, would be offended by the notion of directly and visibly forcing one person to serve the purposes of another. Congress' use of the tax system to invisibly accomplish the same end is more palatable to the average American.

For Congress to guarantee a right to health care, or any other good or service, whether a person can afford it or not, it must diminish someone else's rights, namely their rights to their earnings. The reason is that Congress has no resources of its very own. Moreover, there is no Santa Claus, Easter Bunny or Tooth Fairy giving them those resources. The fact that government has no resources of its very own forces one to recognize that in order for government to give one American citizen a dollar, it must first, through intimidation, threats and coercion, confiscate that dollar from some other American. If one person has a right to something he did not earn, of necessity it requires that another person not have a right to something that he did earn.

To argue that people have a right that imposes obligations on another is an absurd concept. A better term for new-fangled rights to health care, decent housing and food is wishes. If we called them wishes, I would be in agreement with most other Americans for I, too, wish that everyone had adequate health care, decent housing and nutritious meals. However, if we called them human wishes, instead of human rights, there would be confusion and cognitive dissonance. The average American would cringe at the thought of government punishing one person because he refused to be pressed into making someone else's wish come true.

None of my argument is to argue against charity. Reaching into one's own pockets to assist his fellow man in need is praiseworthy and laudable. Reaching into someone else's pockets to do so is despicable and deserves condemnation.