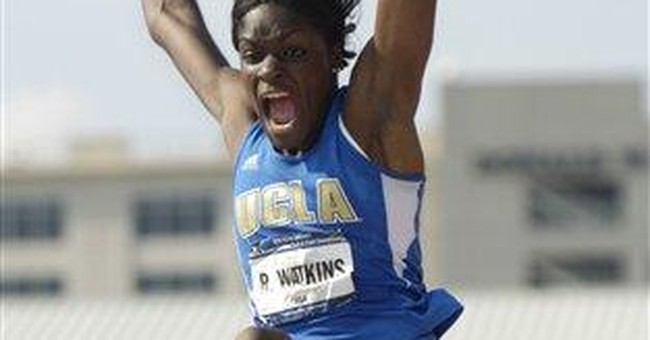 Ward Connerly, former University of California Regent, has an article, "Study, Study, Study -- A Bad Career Move" in the June 2, 2009 edition of Minding the Campus (www.mindingthecampus.com) that should raise any decent American's level of disgust for what's routinely practiced at most of our universities. Mr. Connerly tells of a conversation he had with a high-ranking UC administrator about a proposal that the administrator was developing to increase campus diversity. Connerly asked the administrator why he considered it important to tinker with admissions instead of just letting the chips fall where they may. His response was that that unless the university took steps to "guide" admissions decisions, the University of California campuses would be dominated by Asians. When Connerly asked, "What would be wrong with that?", the UC administrator told him that Asians are "too dull -- they study, study, study." Then he said to Connerly, "If you ever say I said this, I will have to deny it." Connerly did not reveal the administrator's name. It would not have done any good because it's part of a diversity vision shared by most college administrators.

With the enactment of California's Proposition 209 in 1996, outlawing racial discrimination in college admissions, Asian enrollment at UC campuses has skyrocketed. UC Berkeley student body is 42 percent Asian students; UC Irvine 55 percent; UC Riverside 43 percent; and UCLA 38 percent. Asian student enrollment on all nine UC campuses is over 40 percent. That's in a state where the Asian population is about 13 percent. When there are policies that emphasize and reward academic achievement, Asians excel. College officials and others who are proponents of "diversity" and equal representation find that outcome offensive.

To deal with the Asian "menace," the UC Regents have proposed, starting in 2010, that no longer will the top 12.5 percent of students based on statewide performance be automatically admitted. Students won't have to take SAT subject matter tests. Grades and test scores will no longer weigh so heavily in admission decisions. This is simply gross racial discrimination against those "dull" Asian students who "study, study, study" in favor of "interesting" black, white and Hispanic students who don't "study, study, study."

This is truly evil and would be readily condemned as such if applied to other areas lacking in diversity. With blacks making up about 80 percent of professional basketball players, there is little or no diversity in professional basketball. Even at college-level basketball, it is not at all unusual to watch two teams playing and there not being a single white player on the court, much less a Chinese or Japanese player. I can think of several rule changes that might increase racial diversity in professional and college basketball. How about eliminating slam dunks and disallowing three-point shots? Restrict dribbling? Lower the basket's height? These and other rule changes would take away the "unfair" advantage that black players appear to have and create greater basketball diversity. But wouldn't diversity so achieved be despicable? If you answer yes, why would it be any less so when it's used to fulfill somebody's vision of college diversity?

Ward Connerly ends his article saying, "There is one truth that is universally applicable in the era of 'diversity,' especially in American universities: an absolute unwillingness to accept the verdict of colorblind policies." Hypocrisy is part and parcel of the liberal academic elite. But the American people, who fund universities either as parents, donors or taxpayers, should not accept this evilness and there's a good way to stop it -- cut off the funding to racially discriminating colleges and universities.