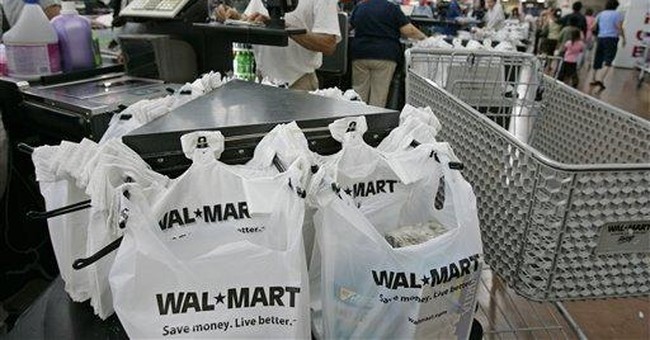 By taking a couple of courses in economic theory, we could immunize ourselves from nonsense spouted by politicians and pundits, but in the meantime check out Professor John R. Lott's "Freedomnomics: Why the Free Market Works."

His first chapter is "Are You Being Ripped Off?" It addresses myths about predation where it's sometimes alleged that corporations will charge below-cost prices to bankrupt their rivals and then charge unconscionable prices. There's little or no evidence that corporations would choose predation as strategy; there are too many pitfalls. A major one is that in order to recoup losses from charging low prices to bankrupt rivals, the predator would later have to charge higher-than-normal prices. That would attract new rivals who might have purchased the bankrupt assets of the predator's prey and be able to undercut the predator's prices.

A far more successful means to monopoly wealth is for businesses to enlist the aid of congressmen to form a collusion. Classic examples are the dairy industry, which uses the U.S. Department of Agriculture's Federal Milk Marketing Orders to set statutory minimum prices, or the Gasoline Retailers Association using state law to do the same or the sugar industry using Congress to establish quotas on foreign sugar imports.

Professor Lott's chapter "Government as Nirvana" highlights examples of government predation. When the U.S. Postal Service raised the price of first-class mail in 1999, it reduced its price for domestic overnight express mail from $15 to $13.70, even though it was losing money at $15. The Postal Service was facing stiff competition from FedEx and UPS overnight services and wanted to keep its market share.

Lott's "Crime and Punishment" chapter has a lot of interesting tidbits. It starts off stating a fundamental principle of economics: the higher the cost of something, the less people will do of it. To demonstrate the generality of this principle, Lott says that when the number of referees were increased from two to three in the Atlantic Coast Basketball Conference, fouls fell by 34 percent; fouling became more costly. The American League has more hit batsmen than the National League, but the difference only appeared after 1973 when the American League removed its pitchers from the batting lineup in favor of designated hitters. Not being afraid of being hit themselves, American League pitchers threw more bean balls; bean balls became cheaper. The same principle applies to the U.S. crime rate that fell after the death penalty was reinstated, more prisons were built and concealed-weapon carry laws were enacted. The higher the cost of a crime, the less people will do of it.