Vijay Jayaraj
|
Posted: Oct 29, 2019 10:18 AM
Share   Tweet
The opinions expressed by columnists are their own and do not necessarily represent the views of Townhall.com. 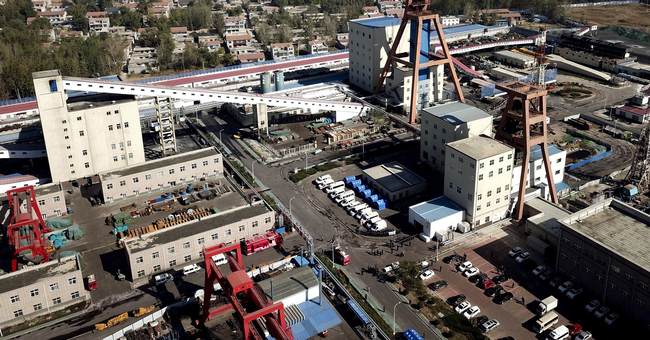 Though the United Nations (UN) continues to turn a blind eye towards China’s accelerated coal use, it has been a matter of concern for various non-profits and radial environmental groups that are desperately trying to end the global use of that energy resource.

What makes China hold on to coal despite international pressure and the global movement against fossil fuels?

China’s subscription to coal is driven by two major reasons: the need for an abundant energy source and the lack of dangerous warming in the recent past.

China’s renewable resources are nowhere close to staking a major claim in the country’s total energy production. There is no question of renewables replacing conventional energy sources, at least not with the technology that is currently available.

China is unabashed about its coal use and even about helping other countries increase their coal use.

Even as UN-led climate drama has taken center stage in Europe and North America, China has quietly gone about its business of increasing the production, export, and use of coal.

The construction of 1,837-km long Menghua railway, the longest heavy-loaded coal railway line, is expected to near completion this month. Estimated to have cost around 20 billion USD, it will “connect the coal mining areas in northern China with the industrial hub in the South, starting from Inner Mongolia in the North and ending in Jiangxi Province,” transporting 200 million tons of coal annually, according to Pandrol.

Last month, construction began on a Chinese sponsored coal power plant in Turkey. Situated in the town of Yumurtalik, the 1.7 billion USD project is believed to be “China’s largest ever direct investment" in Turkey.

It should also be noted that “China’s top six listed coal-power generators” are not showing any inclination towards aligning with the international call to reduce coal consumption. The country is more keen on reducing electricity prices for its industrial use than reducing emissions from coal-fired power plants.

The major claim against fossil fuels has been that they contribute to dangerous man-made global warming. However, the changes in global average temperature (GAT) during the past two decades have hardly displayed any dangerous warming.

In fact, a 2019 scientific paper analyzed the warming trend in China between 2000 and 2015 and concluded that “there is a regional warming hiatus, a pause or a slowdown in China.” There was an observed slowdown in the warming rate by -0.02 degree Celsius per decade.

Surprisingly, the paper also states that the greenhouse gas induced warming is less than the influence by other natural forces. That is true, as the rapid increase in global atmospheric carbon dioxide concentration failed to cause an increase in the warming rate globally.

Because of these reasons, Beijing believes there is no immediate danger to climate from carbon dioxide emissions from fossil fuel use. And they are right.

China has set its priorities correctly, focussing on the urgent need for affordable and abundant energy, instead of playing to the tunes of globalist climate elites at the UN and elsewhere.