The American Art of Renewal

Victor Davis Hanson
|
Posted: Aug 02, 2018 12:01 AM
Share   Tweet
The opinions expressed by columnists are their own and do not necessarily represent the views of Townhall.com. 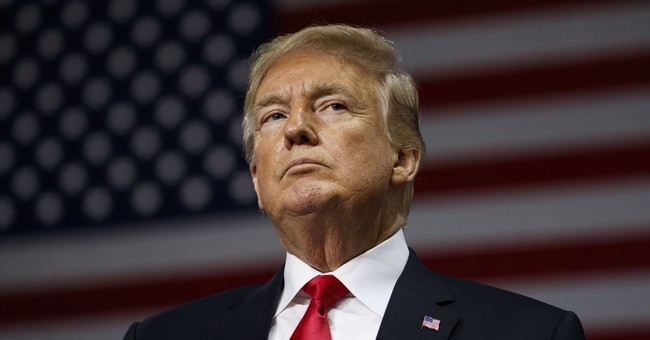 "Make America Great Again" is the oft-caricatured slogan of the Donald Trump presidency. When Trump was elected, he boasted of jump-starting the economy to achieve an annual economic growth rate of 4 percent.

Experts laughed him off as a naif who did not understand that structural changes in demography and technology made such growth impossible. Many economists predicted that Trump would crash the stock and job markets.

Yet less than two years into Trump's presidency, the economy achieved 4 percent growth in the second quarter of 2018. Unemployment rates are at near-record lows. The stock market and oil and gas production are reaching unprecedented heights.

Such radical turnarounds have been common in U.S. history. As the ancient Athenian historian Thucydides noted, large democracies are by nature volatile, they can mobilize quickly, and they can change on a dime -- sometimes in the right direction.

In late 1983, Ronald Reagan was being written off as a practitioner of voodoo economics. The country was still mired in a recession caused by Reagan's efforts to break runaway inflation.

In the 1982 midterm elections, Republicans lost 27 seats in the House and one in the Senate. The man likely to be Reagan's Democratic rival two years later, Walter Mondale, was considered a good bet to win the presidency, given his youthful vigor, his prior service as vice president and his incorruptibility.

Yet in the 12 months from November 1983 to the 1984 election, the economy grew at an astonishing quarterly rate of better than 7 percent. Unemployment dropped. Almost every economic indicator showed an unprecedented boom.

Mondale went down to defeat in one of the largest Electoral College landslides in U.S. history, largely because the economy had been reinvented almost overnight from a bust to a boom.

In 1940, Depression-era America was recovering from yet another downturn. The New Deal had not restored prosperity after the 1929 crash. Europe was largely under the control of Nazi Germany. Only the United Kingdom was left of the European democracies that had fought Hitler. The Soviet Union was aiding Hitler. Imperial Japan was preparing to gobble up most of the Pacific, especially orphaned European colonies rich in oil, rubber, agriculture and precious metals.

The United Sates was torn apart politically between isolationists and interventionists. Fights broke out in Congress over whether the country could afford to rearm. The U.S. Army was smaller than Portugal's. In almost every area of armament, America was far behind the armed forces of the Axis powers.

Then the world again flipped upside down. After Pearl Harbor, the United States engineered the greatest economic expansion in history. Within four years, the U.S. economy was greater than that of all its enemies and allies put together.

The U.S. Navy had become larger than all the navies of the world combined by 1944. A once virtually unarmed America now had more military aircraft than Germany, Italy and Japan combined.

A war that in early 1942 looked like it might either go on for years or end in an Axis victory was over less than four years after the U.S. entered the conflict. The Axis powers were not so much defeated as ruined.

World War II was not the first instance of a rapid American turnaround in wartime. In the summer of 1864, pessimists warned that the North could not win the Civil War. President Abraham Lincoln faced opposition for the Republican Party nomination, and even if he earned it, he was considered likely to lose the November election to Union General George McClellan.

General Grant's Army of the Potomac was being bled white in Virginia in vain attempts to dislodge Robert E. Lee's defenders from their entrenchments around the Confederate capital of Richmond. Gruesome encounters such as the Battle of Cold Harbor and the Battle of the Wilderness had given the depressed Northern public nightmares.

The mercurial Sherman then headed off with his huge army on the famous "March to the Sea" through Georgia. He next plowed through the Carolinas to the rear of Lee's army in Virginia.

In less than nine months the entire Confederate cause collapsed. The supposedly endless Civil War ended with a sudden and absolute Union victory that no one had foreseen.

Pundits should be careful with their sure-thing predictions, especially in the matter of a powerful, unpredictable and explosive America. With the risk-taking and unconventional Trump, and the hysterical opposition to him, we are entering another unpredictable and volatile era in American history.

Radical and unexpected economic recovery can happen at home and abroad. Such fundamental change in the status quo can swing the November election -- quickly and in unforeseen ways.