Victor Davis Hanson
|
Posted: Apr 19, 2018 12:01 AM
Share   Tweet
The opinions expressed by columnists are their own and do not necessarily represent the views of Townhall.com. 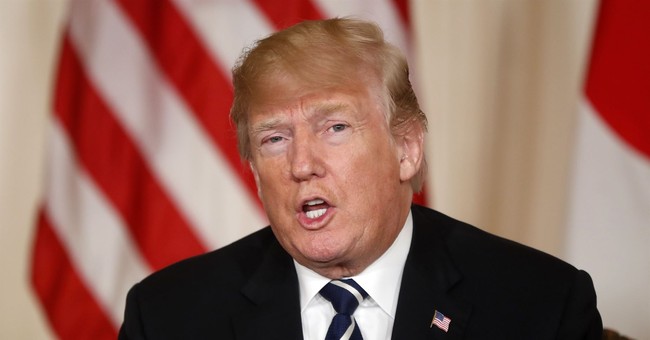 Was the latest round of airstrikes in Syria a one-time hit to restore deterrence and stop the future use of chemical weapons, or was it part of a slippery slope of more interventions in the Middle East?

President Donald Trump was elected in part because he promised an end to optional wars, such as those in Afghanistan and Iraq, as well as the Libyan misadventure.

But Trump also guaranteed an end to perceived Obama-era appeasement. Trump said he would no longer put up with false red lines in Syria, or complacence about North Korea's new generation of nuclear missiles.

He also claimed that he wanted to remind enemies that the penalties for attacking U.S. interests are not worth the risk of obtaining some sort of perceived transient advantage. And he inherited American overseas commitments symbolized by some 800 U.S. military facilities in 70 countries abroad.

These paradoxes were supposedly resolved by his administration's doctrine of Jacksonian "don't tread on me" punitive retaliation. Trump might promise to "bomb the s--t out of" the Islamic State, but then not send a division of U.S. Marines into Syria to police the savage postwar landscape.

This middle ground was more or less codified by former National Security Adviser H.R. McMaster in the recently published National Security Strategy. His team called threading the intervention needle "principled realism." The Trump administration would use military force to protect U.S interests, but only in a context of what was practicable, given the existing quagmires abroad.

Of the two extremes, avoiding nation-building is the easier. Clearly, no one wants another Libyan debacle during an era of $1 trillion annual budget deficits, or the expenditure of blood and treasure in long-term efforts to rebuild Iraq and Afghanistan into Westernized nations.

Ronald Reagan learned that lesson in the 1980s, when he wished to reverse what he saw as the appeasement approach of former President Jimmy Carter. But Reagan did not want any more entanglements like Vietnam.

So, in humiliating fashion, Reagan removed U.S. Marine peacekeepers from Lebanon in 1984, in fear of more attacks like the 1983 terrorist bombing of the Marines' Beirut barracks.

On the other hand, Reagan beefed up the military and bombed Libya, invaded Grenada and occasionally shelled terrorist bases in Lebanon -- without putting the lives of a great many U.S. troops at risk.

Reagan's apparent aim was to show the world, and especially the Soviet Union, that it was dangerous to provoke the United States or its friends. But he did so without having to fight a messy and disadvantageous full-scale war in the streets of Beirut or Tripoli to prove it.

How frequently and how hard -- and at what risk of provoking a war with Russia -- will Trump and American allies hit Syria in the coming weeks to stop Syrian leader Bashar al-Assad from using chemical weapons?

We know that tough talk alone does not necessarily convince North Korea, China and Iran to abandon their past strategies of aggression, which were often honed during the Obama administration's "lead from behind" recessionals.

There are no easy answers.

The best course is to use overwhelming military force only when the interests of America and its allies -- or the credibility and strategic deterrence of the United States -- are on the line, and only in landscapes that are to America's advantage and will not result in inordinate costs.

There are more political ironies to Trump's balancing act. Trump's core voters are adamantly opposed to optional military inventions because they believe that such attacks, even to uphold international norms, divert scarce funds from domestic needs and never quite make the world or the U.S. any safer.

On the other hand, "Never Trump" Republicans and a few Beltway Democrats applauded Trump for hitting back in Syria. Some interventionists even want Trump to escalate efforts to finish off the Afghanistan debacle. And a few talk of a preemptive strike against North Korean or Iranian nuclear facilities.

So here is the irony. The loyal Trump voter says not to intervene. The rabid Trump haters say to intervene. And the fence-sitters will eventually offer judgment based only on the success or failure of the mission.

For now, Trump should keep quiet, stop tweeting his intentions and give no indication of what he might do next. If he decides to act again in the future, then he should do it unexpectedly, with overwhelming force and with the intention that he won't have to do it again very often.

But it would be better to follow Teddy Roosevelt's maxim to speak softly and carry a big stick -- or, wiser yet, to keep quiet altogether and carry a club.