Victor Davis Hanson
|
Posted: May 04, 2017 12:00 AM
Share   Tweet
The opinions expressed by columnists are their own and do not necessarily represent the views of Townhall.com. 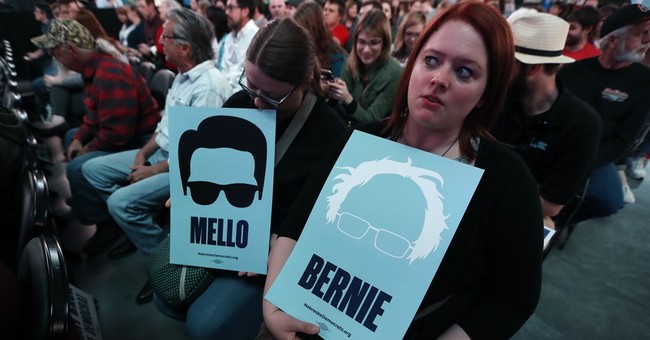 College campuses still appear superficially to be quiet, well-landscaped refuges from the bustle of real life.

But increasingly, their spires, quads and ivy-covered walls are facades. They are now no more about free inquiry and unfettered learning than were the proverbial Potemkin fake buildings put up to convince the traveling Russian czarina Catherine II that her impoverished provinces were prosperous.

The university faces crises almost everywhere of student debt, university finances, free expression, and the very quality and value of a university education.

Take free speech. Without freedom of expression, there can be no university.

But if the recent examples at Berkeley, Claremont, Middlebury and Yale are any indication, there is nothing much left to the idea of a free and civilized exchange of different ideas.

At most universities, if a scheduled campus lecturer expressed scholarly doubt about the severity of man-caused global warming and the efficacy of its government remedies, or questioned the strategies of the Black Lives Matter movement, or suggested that sex is biologically determined rather than socially constructed, she likely would either be disinvited or have her speech physically disrupted. Campuses often now mimic the political street violence of the late Roman Republic.

Campus radicals have achieved what nuclear strategists call deterrence: Faculty and students now know precisely which speech will endanger their careers and which will earn them rewards.

The terrified campus community makes the necessary adjustments. As with the German universities of the 1930s, faculty keep quiet or offer politically correct speech through euphemisms. Toadies thrive; mavericks are hounded.

Shortchanged students collectively owe more than $1 trillion in student-loan debt -- a sum that cannot be paid back by ill-prepared and often unemployed graduates.

Test scores have plummeted. Too many college students were never taught the basic referents of liberal education. Most supposedly aware, hip and politically engaged students can't identify the Battle of Gettysburg or the Parthenon, or explain the idea of compounded interest.

Many students simply cannot do the work that was routinely assigned in the past. In response, as proverbially delicate "snowflakes," they insist that they are traumatized and can only find remedy in laxer standards, gut courses and faculty deference.

"Studies" activist courses too often are therapeutic. They are neither inductive nor Socratic, and they rarely teach facts, methods and means of learning without insisting on predesignated conclusions. Instead, the student should leave the class with proper group-think and ideological race/class/gender fervor of the professor -- a supposed new recruit for the larger progressive project.

Universities talk loudly of exploitation in America -- in the abstract. But to address societal inequality, university communities need only look at how their own campuses operate. Part-time faculty with Ph.D.s are paid far less than tenured full professors for often teaching the same classes -- and thus subsidize top-heavy administrations.

Graduate teaching assistantships, internships and mentorships are designed to use inexpensive or free labor under the protocols of the medieval guild.

One reason that tuition is sky-high is because behind the facade of "trigger warnings," "safe spaces" and "culture appropriation" are costly legions of deputy associate provosts, special assistants to the dean, and race/class/gender "senior strategists" and facilitators (usually former faculty who no longer teach).

Few admit that a vastly expanding and politically correct administrative industry reflects a massive shift of resources away from physics, humanities or biology -- precisely the courses that non-traditional students need to become competitive.

One of the great mysteries of American life is nontransparent university admissions. No one knows quite how alumni legacies, deference to college athletics, or poorly defined affirmative action and haphazard diversity criteria actually operate.

At the California State University system -- the nation's largest -- nearly 40 percent of incoming students need remediation in math and English after failing basic competency tests. Universities are now scrambling to offer university credit for what are in truth remedial high school courses, apparently to prevent eager (but entirely unprepared) students from hurt feelings when they butt up against the reality of college classes.

The results are watered-down classes, grade inflation -- and student frustration and anger upon learning that entering college is not quite the same as graduating from college.

The way to ensure student confidence and self-reliance is not through identity-politics courses that emphasize racial, sexual and religious fault lines. Instead, only classes ensuring that students are well trained in writing, speaking, computing and inductive thinking will give assuredness of achievement -- and, with it, self-confidence.

Apart from the sciences and the professional schools, campuses are a bubble of unearned self-congratulation -- clueless that they have broken faith with a once-noble legacy of free inquiry and have lost the respect of most Americans.

The now melodramatic university has become a classical tragedy.