Victor Davis Hanson
|
Posted: Aug 11, 2016 12:01 AM
Share   Tweet
The opinions expressed by columnists are their own and do not necessarily represent the views of Townhall.com. 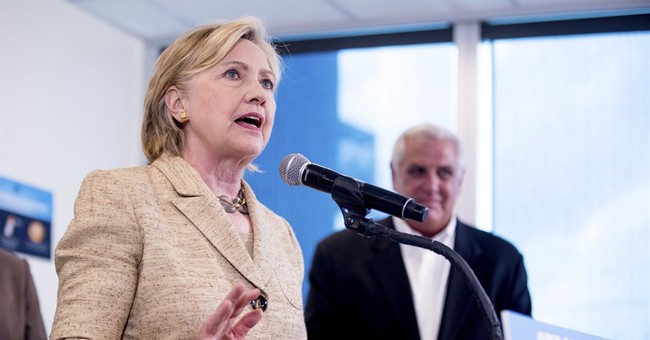 The rise of George McGovern's hard-left agenda in 1972, followed later in the decade by Jimmy Carter's evangelical liberalism, drove centrist Democrats into the arms of Richard Nixon and later Ronald Reagan.

These so-called neoconservatives ("new conservatives") grew tired of liberals' perceived laxity about fighting the Cold War. In foreign policy, the neoconservatives were best known for supporting idealistic nation-building abroad. They distrusted the rise of what would become political correctness and ever more government. They worried about violent crime and higher taxes. So decades ago, these Democrats joined the Republican Party.

Since the 1980s, the neoconservatives have made up the elite of their newly adopted party -- despite their unease with the conservative orthodoxy of border enforcement, fierce resistance to gun control and opposition to abortion.

Now, a few neoconservatives are reinventing themselves again and returning to the Democrats to support Hillary Clinton. We could call them "neoliberals."

They believe that socialist Bernie Sanders made the hard-left Clinton seem like an acceptable centrist. As neoliberals, they hope that beneath her opportunistic embrace of Obamism, Clinton still could recalibrate herself as more of a Democrat of the 1990s, a period when her husband, President Bill Clinton, championed balancing the budget while intervening abroad.

Neoliberals -- along with some members of the conservative establishment -- consider Republican Party nominee Donald Trump to be toxic. Many of them are supporting Clinton because they do not like Trump's idea of building a wall on the Mexican border to stop illegal immigration. Nor do they appreciate Trump's slogans about "putting America first" when negotiating trade deals, conducting alliances and avoiding optional foreign interventions. They hate Trump's crude, take-no-prisoners invective more than Hillary's polished and refined lying.

The 2016 neoliberals were never very culturally conservative. So they are certainly not bothered by Clinton's pro-choice advocacy. They do not mind her promotion of gun control, and they are open to global warming agendas and soft multiculturalism. They see Clinton as preferable to Trump and his unapologetic nationalism. Many of the neoliberal converts supported the Obama-Clinton intervention in Libya and oppose Trump's get-tough trade stance on China.

Neoliberals also find themselves more in the same class -- defined by income, education and cultural tastes -- with Clinton's elite Democrats than with Trump's new army of lower-middle-class cultural and economic populists.

Neoliberals get along well with the small elite class that fuels the Clinton machine -- similarly wealthy, well-educated grandees on Wall Street and in Silicon Valley, along with those in big media, academia, the arts and the top echelons of state and federal bureaucracies.

Democrats no longer win over the middle classes, who lack the culture of the elite and the romance of the distant and subsidized poor. NASCAR and the NRA are anathemas to Democrats and were never popular with neoconservatives either.

Will the old neoconservatives/new neoliberals who support Clinton instead of Trump ever come back to the Republican Party after the election?

It depends on three unknowns.

If Trump loses big, the neoliberals will remind Republican Trumpers that they had warned them about their populist folly. The neolibs will seek to expunge populists and to rebuild a defeated Republican Party in their own image as an improved version of the conservative establishment represented by the likes of Mitt Romney and Jeb Bush.

They may re-emerge as old Republican neoconservatives who will promote unfettered free trade, democracy-building abroad and "comprehensive immigration reform" while downplaying social issues.

If Trump squeaks by, then the neoliberals certainly will be orphaned for good. As apostates, they will not be welcomed back as neoconservatives by the Republican winners, nor will they be seen by Democrats as converts having any further political value.

But if Trump loses by a point or two, the neoliberals will likely stay with the winning Clinton team. They will claim some credit for helping her just get over the top -- even as they are blamed by irate Trumpers as traitors for sabotaging what otherwise could have been a winning new Republican strategy.

Apart from opportunistic careerism, the subtext to this realignment is a larger issue of culture, education and class. A mostly urban, highly educated and high-income globalized elite often shares more cultural and political affinities with their counterparts on the other side of the aisle than they do with the lower-middle and working classes of their own parties.

Just as Hillary Clinton may feel more comfortable with the old neoconservatives, Trump supporters have little in common with either Clintonites or neocons.

Clinton versus Trump is a war of NPR, CBS and the New York Times against the National Enquirer, conservative talk radio and the Drudge Report. Clinton supporters such as former New York Mayor Michael Bloomberg, onetime Bush officials Hank Paulson and Brent Scowcroft, and billionaire Meg Whitman certainly have nothing in common with Republican Trump supporters such as Mike Huckabee and Rush Limbaugh.