Victor Davis Hanson
|
Posted: Jun 09, 2016 12:01 AM
Share   Tweet
The opinions expressed by columnists are their own and do not necessarily represent the views of Townhall.com. 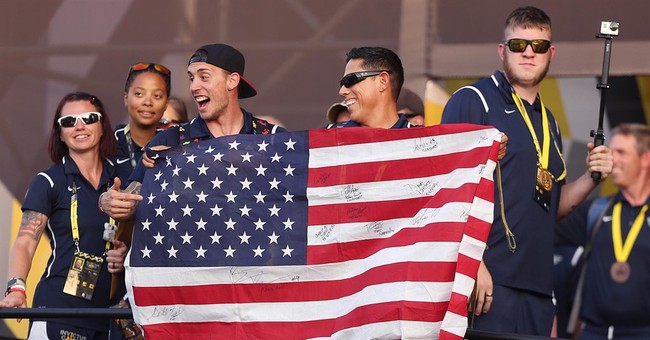 The history of nations is mostly characterized by ethnic and racial uniformity, not diversity.

Most national boundaries reflected linguistic, religious and ethnic homogeneity. Until the late 20th century, diversity was considered a liability, not a strength.

Countries and societies that were ethnically homogeneous, such as ancient Germanic tribes or modern Japan, felt that they were inherently more stable and secure than the alternative, whether late imperial Rome or contemporary America.

Many societies created words to highlight their own racial purity. At times, "Volk" in German and "Raza" in Spanish (and "Razza" in Italian) meant more than just shared language, residence or culture; those words also included a racial essence. Even today, it would be hard for someone Japanese to be fully accepted as a Mexican citizen, or for a native-born Mexican to migrate and become a Japanese citizen.

Many cultures reflected their suspicion of diversity by using pejorative nouns for the "other." In Hebrew, the "goyim" were all the other non-Jewish nations and peoples. "Odar" in Armenian denoted the rest of the world that was not ethnically Armenian. For Japanese, the "gaijin" are those who by nationality, ethnicity and race cannot become fully Japanese. In 18th-century Castilian Spain, "gringo" meant any foreign, non-native speakers of Spanish.

The Balkan states were the powder kegs of 20th-century world wars because different groups wanted to change national boundaries to reflect their separate ethnicities.

The premise of Nazi Germany was to incorporate all the German "Volk" into one vast racially and linguistically harmonious "Reich" -- even if it meant destroying the national borders of Austria, Czechoslovakia and Poland.

Countries, ancient and modern, that have tried to unite diverse tribes have usually fared poorly. The Italian Roman Republic lasted about 500 years. In contrast, the multiracial Roman Empire that after the Edict of Caracalla in AD 212 made all its diverse peoples equal citizens endured little more than two (often violent) centuries.

Vast ethnically diverse empires such as those of the Austro-Hungarians, the Ottomans and the Soviets used deadly force to keep their bickering ethnic factions in line -- and from killing each other.

Modern states such as multicultural or multi-tribal Rwanda, Iraq and Lebanon have often proved deadly failures. Europe is trying to emulate the multiracial but unified culture of the United States. But the European Union may well tear itself apart trying to assimilate millions of disparate migrants who are reluctant to fully assimilate.

America is history's exception. It began as a republic founded by European migrants. Like the homogenous citizens of most other nations, they were likely on a trajectory to incorporate racial sameness as the mark of citizenship. But the ultimate logic of America's unique Constitution was different. So the United States steadily evolved to define Americans by their shared values, not by their superficial appearance. Eventually, anyone who was willing to give up his prior identity and assume a new American persona became American.

The United States has always cherished its "melting pot" ethos of e pluribus unum -- of blending diverse peoples into one through assimilation, integration and intermarriage.

When immigration was controlled, measured and coupled with a confident approach to assimilation, America thrived. Various ethnic groups enriched America with diverse art, food, music and literature while accepting a common culture of American values and institutions.

Problems arose only when immigration was often illegal, in mass and without emphasis on assimilation.

Sometime in the late 20th century, America largely gave up on multiracialism under one common culture and opted instead for multiculturalism, in which each particular ethnic group retained its tribal chauvinism and saw itself as separate from the whole.

Schools began to teach that difference and diversity were preferable to sameness and unity. Edgar Allan Poe and Langston Hughes were categorized as "white male" or "black" rather than as "American" authors.

Past discrimination and injustice may explain the current backlash against melting-pot unity. And America's exalted idealism has made it criticized as less than good when it was not always perfect.

Nonetheless, for those who see America becoming a multicultural state of unassimilated tribes and competing racial groups, history will not be kind. The history of state multiculturalism is one of discord, violence, chaos and implosion.

So far, America has beaten the odds and remained multiracial rather than multicultural, thereby becoming the most powerful nation in the world.

We should remember that diversity is an ornament, but unity is our strength.