Our New Missiles of October 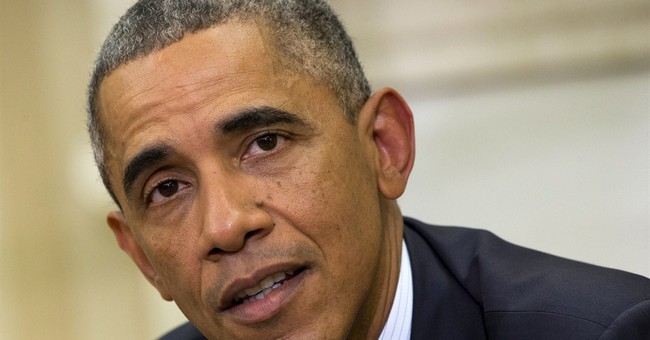 Trending
In October of 1962, America worried whether an untried young president, John F. Kennedy, could keep us safe from nuclear-tipped missiles from nearby communist Cuba.

Today's October worries are more insidious: the Ebola virus, the macabre Islamic State, a tottering stock market, a bellicose Russia, and a crisis of confidence in our government.

Much of what the Obama administration and the Centers for Disease Control initially swore about the Ebola virus proved false. The virus really did infect Americans at home, despite assurances that there was "no significant risk." There always was a danger of infected West Africans entering the U.S. The CDC protocols did not protect nurses from infection by Ebola patients.

Banning all travel from West African countries where the virus is epidemic may not stop Ebola from spreading throughout the U.S. But the administration still cannot offer convincing reasons why we should not try just that. Instead, a purely medical decision seems hopelessly embedded in the administration's usual politically correct spin.

The U.S. is even more inept in dealing with the Islamic State. That terrorist virus, too, could have been contained, had we just kept some peacekeepers in the mostly quiet Iraq of 2011. But once again politics, not strategic logic, explains why the administration pulled all troops out of Iraq -- a recklessness that turned up as 2012 campaign talking point.

The stock market is wobbly, and for good reason. A record number of Americans have dropped out of the workforce. The quiver of traditional priming -- zero interest rates, massive deficit spending, huge government stimulus -- is now empty. Yet the economy still remains weak.
CARTOONS | Pat Cross
View Cartoon

Russian President Vladimir Putin is portrayed around the world as a merciless tiger, while Obama is caricatured as a frail kitten. Much of once pro-Western Eastern Europe is now lining up with Putin. They cut deals with Russia rather than be left high and dry by a sermonizing but otherwise appeasing West.

No one much trusts the IRS anymore. Partisan politics seem to determine whether Americans are audited.

The Department of Veteran Affairs covered up callous -- and occasional lethal -- treatment of scores of hospitalized veterans.

The National Security Agency lied about monitoring the communications of average Americans.

Attorney General Eric Holder's Justice Department has picked and chosen which laws to enforce largely out of partisan considerations.

NASA is hardly recognizable. Its director said that the agency's first concern was not our continued reliance on Vladimir Putin's space rockets, but Muslim outreach.

Even the Patent and Trade Office hounded the Washington Redskins about their supposedly politically incorrect logo by canceling the team's trademark registration.

Whether the Obama administration shuts down U.S. travel to and from a foreign airport is not predicated on national security threats but political correctness. Ben Gurion airport in Tel Aviv not that long ago was put off limits to U.S. airlines despite offering far less hazard to Americans than the connecting flights to the airport in Monrovia, Liberia.

The new Ebola czar, Ron Klain -- the former Fannie Mae lobbyist who was also knee-deep in the Solyndra controversy -- has no health care experience, much less any experience with epidemics. Klain was picked only because he is a veteran partisan brawler who understands that the Obama administration sees Ebola as more a political liability than a health challenge.

Russia is ascendant largely because of the State Department's loud boast of resetting the Bush administration punishments of Putin's past aggressions.

The Obama administration sees government agencies as political tools to further its agenda, as we have seen with NASA's new Muslim outreach, the IRS hounding of conservative nonprofit groups and the patent office's antagonization of the Redskins. The October missiles of 1962 were never launched, but the crisis still forced JFK to adopt a new realism about the Soviet Union.

In contrast, for Obama to meet these current October threats head-on, he first would have to admit they were largely self-created.