The Turbulent Summer of 2014 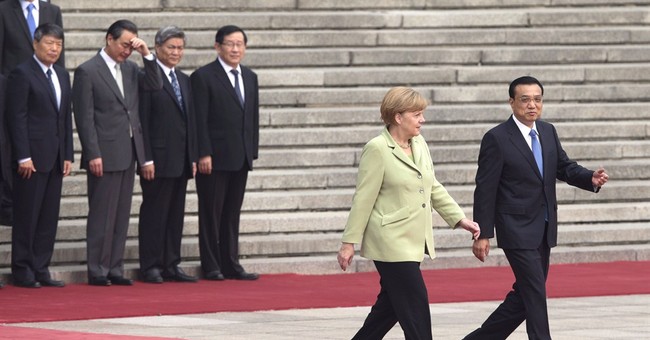 The summer of 2014 will go down in history as the season when America fell apart. Let's take a tour of the disasters.

Germany in 2008 enthusiastically hosted candidate Barack Obama for his so-called "Victory Column" speech. Now, Germans suddenly sound as if they are near-enemies of the U.S. Chancellor Angela Merkel reportedly was furious that her cell phone was tapped by American intelligence agents. She just kicked the top CIA official out of Germany, further enraged that the U.S. had recruited at least one German official to provide intelligence on the German government. Polls show that Germans find Vladimir Putin's Russian tyranny almost as popular as Barack Obama's America.

Japan is becoming similarly frustrated with the U.S. It is rearming like crazy to confront an aggressive China. Both Asian powers apparently assume that Obama won't guarantee the security of the Japanese as America had in the past.

The Middle East is dissolving. Taking U.S. peacekeepers out of Iraq proved a disaster. The radical jihadists of ISIS are overrunning Syria and Iraq, as they extend their destruction even to the mute stones of religious sanctuaries.

War looms between Israel and the Palestinians as they exchange rockets and bombs. Older Americans had an idea of what Afghanistan will look like by 2016 after Obama announced a pullout of all U.S. troops. They remember Saigon of 1975 all too well.

Crimea has become a Russian satellite. The fate of the Ukraine hangs in the balance. In between his conquests, Russia's Putin openly ridicules the impotence of the U.S. He is often called to the Middle East on the perception that he can address problems that America runs away from.

From his sanctuary perch in Russia, National Security Agency turncoat Edward Snowden is once again releasing top-secret data that shreds the credibility of the Obama administration.

Foreign leaders don't trust the U.S. They are baffled as to whether America is guilty of incompetence in hiring such a roguish dropout snoop in the first place, or guilty of cynically spying on America's best friends -- or both.

The economy shrank last quarter. Record numbers of adult Americans are still not working. Zero interest rates have destroyed the tradition of passbook savings and the very idea of thrift.

No-interest financial policies ignited a stampede to the stock market that has further enriched the one-percenters -- an artificial boom that everyone believes will soon bust.

The borrowing of $7 trillion has proved no stimulus. A natural American recovery was stymied by vast federal borrowing, by the addition of more incomprehensible regulations, and by an Obamacare package that proved to be the opposite of almost everything that was promised. Inflation is said to be manageable, but only by not counting soaring food, gas and electricity costs that do the most to erode family budgets.

U.S. immigration law simply no longer exists. Incoming foreign nationals more likely welcome arrest than fear it. Tens of thousands of newly arrived immigrants expect that the cynical coalition of commercial interests, ethnic activists and political operatives have subverted existing federal law. America is now wide open. Almost anyone can cross the border and receive subsidized sanctuary. If you object, you are a nativist, racist or xenophobe -- take your pick.

No one denies that top IRS officials lost or destroyed key documents concerning the agency's election-time efforts to subvert conservative organizations. The unbiased IRS that we once knew has vanished. It has become an appendage of the ruling government that punishes enemies and rewards friends -- and dodges a high-level audit by lying in the same fashion as the tax cheats it goes after.

Americans accept the fact that a video never had anything to do with the killing of four American officials in Benghazi and know that the Obama administration knew precisely that when it assured them otherwise.

No one has heard anything lately from Private Bowe Bergdahl, who was traded for five of the most dangerous jihadists the U.S. had in its custody. The less we know about why Bergdahl went AWOL, the administration thinks, the better.

The scandals now come so fast and furiously that we no sooner hear of one than yet another new mess makes us forget it.

What keeps the country afloat this terrible summer?

Some American companies produce more gas and oil than ever despite, not because of, the Obama administration. Most Americans still get up every day, work hard and pay more taxes than they receive in subsidies. American soldiers remain the most formidable in the world despite the confusion of their superiors. The law, regardless of the administration, is still followed by most. And most do not duck out on their daily responsibilities to golf, play pool or go on junkets.

It is still a hard thing to derail America in a summer -- but then again, we have a long way to go until fall.