The Trouble With Elitist Theories 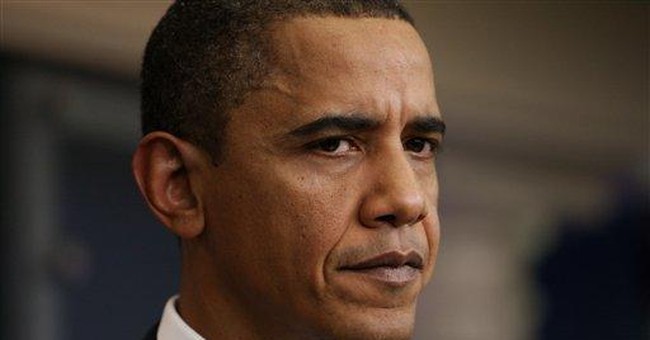 What's behind the Tea Party protests, low approval ratings for Congress, distrust of the media and unease with experts in the Obama administration?

In short, a growing anger at the sermonizing and condescension by many of America's elites.

We see this specifically, for example, in the debate over global warming, which a year ago was accepted as gospel.

The high profile of prestigious scientists, former public officials like Al Gore and Van Jones, and the Obama administration all made impending cap-and-trade legislation seem likely. Skeptics were derided as "deniers" and virtual know-nothings.

But then the assertion of manmade climate change met a perfect storm.

These exposes dovetailed with a series of unconnected events that further undermined the climate-change diktat.

Many of the most prominent green advocates either seemed hypocritical or downright crazy. Al Gore, for example, has earned much of his new fortune from his supposedly disinterested public service to the green cause, and yet habitually leaves a carbon footprint like few others on the planet.

The president's own "green jobs" official, Van Jones, it was revealed, had signed a "truther" petition stating that the U.S. government had planned 9/11. His credibility shot, Jones had to resign.

Then there was the uncooperative weather itself. Environmental grandees jetted into frigid Copenhagen to discuss planet warming. Meanwhile, back in the U.S., portions of a very cold East Coast have been blanketed with unprecedented snowfall levels -- at a time when the public is supposed to be concerned that temperatures are unseasonably warming.

Other conventional wisdom from supposed experts has also been questioned. Take the model of the European Union.

After the September 2008 American financial panic, European diplomats and intellectuals lectured Americans on the evils of unfettered capitalism and the superiority of their statist model. The strong euro and steady expansion of the EU had convinced many that their soft socialism was the only way of the future.

But European prosperity was, in fact, heavily subsidized by decades of free protection by the U.S. military. Meanwhile, aristocratic bureaucrats in Brussels were increasingly not accountable to their skeptical continental constituents -- and seemed terrified of popular referenda from member states on the EU constitution.

And now? Several EU nations like Greece, Italy, Spain and Portugal face financial implosions -- brought on by unsustainable government spending, out-of-control pensions and endemic tax cheating. The euro is falling fast. Bondholders of European debt are jittery. Now, northwestern countries like Germany and France -- despite their own budget problems -- may have to bailout Greece.

Yet, in 2009, the American binge of massive spending and borrowing, expansion of government, and new proposed taxes followed the model of the supposedly superior European system. But for all the massive new debt, unemployment here remains high and the economy still sluggish.

The Obama administration came into office also convinced of another theory popular among many intellectuals, lawyers and members of the media -- that the so-called "war on terror" had degenerated into a Bush administration overreaction to 9/11. Obama's anti-terrorism czar, John Brennan, lambasted the past anti-terrorism nomenclature and the methods of the very administration he used to work for.

President Obama promised to close Guantanamo Bay. Rendition, military tribunals and Predator drone attacks at one time or another were caricatured as unnecessary or counterproductive. Even the name "war on terror" was dropped for kindler, gentler euphemisms.

"Outreach" and "reset" with the Islamic world became instead the talking points. Highly educated experts had to explain to those of us who are less sophisticated that the real dangers were Guantanamo Bay and the waterboarding of a few terrorist detainees rather than the need to detain and interrogate actual terrorists.

And now? After the mass murdering at Fort Hood, the Christmas Day bombing plot, the popular outrage over offering a civilian trial in New York to the architect of 9/11, and the snubbing of American outreach by a soon-to-be-nuclear Iran, there's less reason than ever to accept a therapeutic approach to dealing with radical Islamic terrorism.

There is an unfocused but growing anger in the country -- and it should come as no surprise. Nobody likes to be lectured by those claiming superior wisdom but often lacking common sense about everything from out-of-control spending and predicting the weather to dealing with enemies who are trying to kill us all.