Veronique de Rugy
|
Posted: Mar 04, 2021 12:01 AM
Share   Tweet
The opinions expressed by columnists are their own and do not necessarily represent the views of Townhall.com. 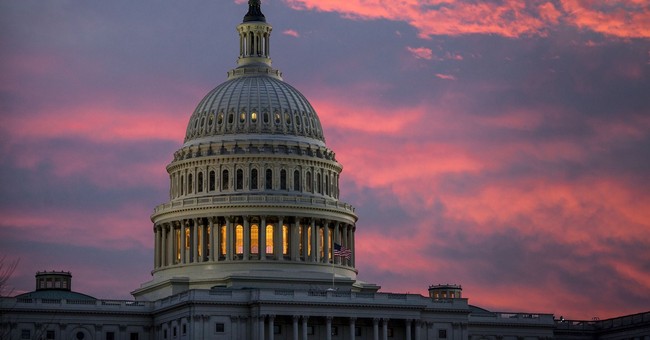 A fight is brewing over bringing back earmarks -- provisions that are inserted into spending bills by individual members of Congress to send money to politically favored entities in their districts. There has been a moratorium on earmarks since 2011.

Those who want the return of earmarks claim the practice smooths out the budget process and fosters bipartisanship. Others insist that the return of earmarks would mean a surge of wasteful giveaways to special interest groups and congressional corruption. While both sides have valid points, this debate continues to distract us from the fact that the federal government is excessively big and, even without earmarks, spends money on things that it should never spend money on.

Making the most thoughtful case for bringing back earmarks is the American Enterprise Institute's Kevin Kosar and Claremont McKenna College's Zachary Courser. Their detailed research explains that right now, because of the absence of earmarks, legislators face overwhelming incentives to vote with their parties regardless of the legislation. That means no appropriations bills get through until they're rolled into a giant omnibus bill and put on the floor the day before a government shutdown.

This leads them to conclude that if earmarks were sensibly reinstated, they would increase legislators' incentives to bargain and enact proper appropriations bills. These incentives would be particularly effective for legislators in the minority. Without earmarks in an appropriations bill favored by the majority party, legislators in the minority have less incentive to cross party lines and vote for the bill. Earmarks that benefit their districts change that dynamic.

This bipartisanship sounds like more spending. However, as Kosar and Courser show, spending has still exploded in the last decade despite a lack of earmarking. Among other things, that's because the power and incentive to fund these particular local political deals didn't disappear. It was simply transferred to executive branch agencies. In the end, as the argument for the return of earmarks takes shape, the question is who should be in charge of spending. On that point, the pro-earmark crowd has a constitutional point.

But if the Constitution is to guide us, we must ask whether Congress should be spending that money at all. I understand that most earmarks are boring, e.g., funding exit-ramp construction on a highway. I even understand how restoring earmarks could promote bipartisanship. Though, considering the size of government, I'd argue there's plenty of bipartisanship already. In spite of all this, it's obvious to me that Congress has no place funding such local projects through earmarks or in any other way.

This is the irony of earmarks and their demise. Back in the day, they made headlines thanks to outrageous examples such as the "bridge to nowhere," an earmark that would have paid millions of federal dollars for a bridge connecting a town of 8,900 people in rural Alaska to its airport on a tiny 50-person island. Small-government politicians were shocked and furious at the use of federal tax dollars to serve special interests in exchange for political contributions.

They were right to be outraged, but why stop at earmarks? Throwing money at special interests is what Congress does. Much of the Department of Education is a big earmark for powerful teachers' unions. Infrastructure bills are packed with spending items that should be the responsibility of state and local government, or of the private sector, but not Uncle Sam. Have you looked at the thousands of federal grants distributed each year? It's a cornucopia of special interest handouts.

Also, while I appreciate the pro-earmark side's promise to install guardrails so that tax dollars don't go to the private sector, I wish that rule applied to the entire federal budget. Why do we tolerate the existence of agencies like the Export-Import Bank, which is dedicated to boosting sales for large and well-connected companies such as General Electric and Boeing? We shouldn't.

Earmarks are a distraction from our bigger problems. Yes, they're used to fund items that shouldn't be funded by the federal government. Yes, their return may give added incentives to legislators for working together. But what do we do about the fact that the call for earmarks exposes politicians for the self-serving actors that they are? This, after all, is the most honest admission that without a bride, politicians are unwilling to fulfill their main job of passing a federal budget on time and through the regular process.