Veronique de Rugy
|
Posted: Jan 19, 2017 12:01 AM
Share   Tweet
The opinions expressed by columnists are their own and do not necessarily represent the views of Townhall.com. 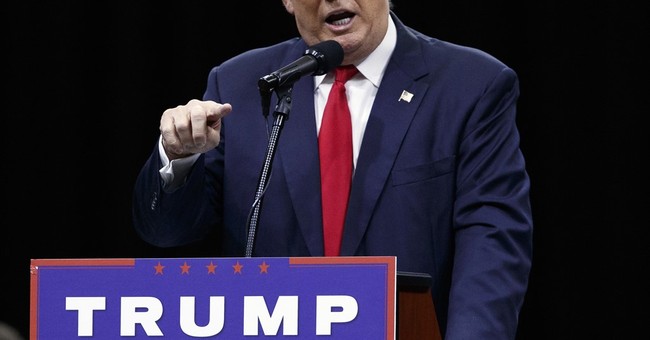 Now that Republicans are on the cusp of controlling the White House -- fortifying their control of both chambers of Congress -- you might think they wouldn't be so quick to surrender to the principles of the left. Yet that appears to be exactly what some Republicans are considering on a pair of important tax issues.

There's a growing spotlight on the fight among usual allies over the inclusion of "border adjustment" taxes in the House's otherwise very reasonable corporate tax reform blueprint. Supporters of these taxes want to replace the current corporate income tax with a new tax on imports and, by extension, consumers. Some Republicans have apparently accepted the left's premise that pro-growth tax cuts are something that must be "paid for" through increases in other taxes instead of with spending cuts or by simply letting the economy grow and bring overall tax revenue up along with it.

Even worse, this scheme would hand to leftists something they have long fantasized about -- in the form of a tax that is very similar to a European-style value-added tax and is super complicated, as President-elect Donald Trump recently remarked to The Wall Street Journal. Whenever Democrats return to power, you can bet they'll use it to give us a European-sized government.

While the border adjustment feature is starting to get a lot of attention -- and rightly so -- another issue is threatening to slide under the radar. This time, it's Trump himself who has seemingly swallowed a key assumption of the left.

During the campaign, Trump and Hillary Clinton both pledged to raise taxes on carried interest. In a private equity firm, carried interest is a share of the profits from an investment that flows to the investment manager above and beyond the amount he or she contributes to the partnership. Back in 2007, the Cato Institute's Chris Edwards noted that carried interest "is typically 20 percent of fund profits." Oftentimes this is referred to as a loophole because it is taxed as capital gains as opposed to ordinary income.

But the truth is that it's more complicated than that, as the underlying source of the income is usually capital gain that's earned as part of an investment partnership. The carried interest is merely the part of that gain allocated to the managing partner. And like other capital gains, it's contingent upon a positive net return on the investment.

Edwards illustrated that point with this example: "So let's say a fund called the Edwards Group bought a poorly managed company called Reynolds Motors for $100 million, then turned the company around with better management, and sold it a few years later for $200 million. The $100 million of capital gain on the sale would flow through to both the limited partners and the general partner, who receives a 20 percent share. The return to both types of partners is taxed at the 15 percent federal capital gains rate, because indeed the underlying transaction generated a capital gain." Today capital gains are taxed at 20 percent, with an Affordable Care Act surtax of 3.8 percent, but the example still stands.

Now, sensing an opening, Senate Minority Leader Chuck Schumer recently indicated that he'd be willing to work with Trump on the issue. Of course he would. Democrats have been trying for years to raise taxes on capital. In fact, they see the reduced rate on all capital gains as a loophole. Their goal is to treat all capital gains as ordinary income because they want higher tax burdens overall.

The reality is that lower rates for capital gains merely mitigate some of the biases built into the tax code against capital. In fact, any capital gains tax represents double taxation because investments are typically made with after-tax earnings. Capital is also an important driver of economic growth, making raising taxes on capital even more damaging than most other tax increases.

So why are Democrats so gung-ho about raising taxes on capital? Because it's an easy issue to demagogue and therefore a potential way for them to get voters to accept higher overall tax burdens.

No matter how one defines carried interest, it's harmful to raise taxes on anyone, including important investments that help grow companies and help the American economy become more dynamic and efficient. Republicans need to remember that the left's goal is not fairness but higher taxes. Treating carried interest as ordinary income for tax purposes would simply be the first step toward higher taxes on capital in general. That would be bad for economic growth and for our wallets.