A Tale of Two Recoveries: Reagan vs. Obama

Veronique de Rugy
|
Posted: May 05, 2016 12:01 AM
Share   Tweet
The opinions expressed by columnists are their own and do not necessarily represent the views of Townhall.com. 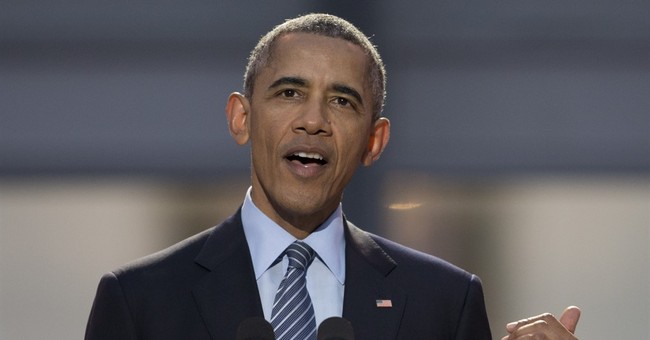 In an interview about his legacy recently published by The New York Times, President Barack Obama took a shot at the Reagan revolution to make the case that contrary to conservative dogma, tax cuts and other free market policies -- such as cutting spending -- weren't good at jump-starting the economy. The implication seems to be that his preference for big-government policies produced superior results.

Now, not everything about the Reagan revolution was as free market as we think. For instance, Reagan wasn't as big of a spender as George W. Bush, but he still presided over large spending increases during his two terms in office -- 23 percent in real terms (though the federal government shrank slightly as a share of gross domestic product). A lot of the growth came from defense spending increases. Contrary to what some conservatives believe, defense spending is still spending, and not every dime spent by the Department of Defense is productive. Reagan also expanded Social Security taxes and failed to deliver on much of his promise to devolve powers to the states.

We also know that lower tax rates today would change the incentives for younger people to invest in educational and career choices that would increase the odds of their becoming the rich people of tomorrow. Nobel Prize-winning economist Ed Prescott showed that lower taxes incentivize people to work longer hours over time and retire later. It means that the Reagan tax cuts led to higher long-term economic growth and tax revenue. And it's worth noting that rich people actually paid more after Reagan reduced the top tax rate from 70 percent to 28 percent.

Tax policy wasn't the only factor at play during the Reagan years. Federal Reserve Chairman Paul Volcker played a significant role (with Reagan's support) in squeezing the cancer of inflation out of the economy. Reagan also benefited from the tech and information revolution that the IBM personal computer helped jump-start.

Whatever the reasons, the recovery during the Reagan years can't be ignored. As the Senate Budget Committee carefully documented in a 2014 report, 2 1/2 years after the start of the 1981 recession (it lasted 16 months), employment had fully recovered. Real GDP had fully recovered by the first quarter of 1983, and it grew by 22.4 percent within six years. The participation rate started growing shortly after the end of the recession.

Now compare this with the anemic recovery under Obama's tax, spend and regulate policies. Seven years into the recovery, the administration is touting 5 percent unemployment, dropping from over 10 percent after the recession, and some economic growth and job creation. However, a look at the numbers from the Federal Reserve Bank of Minneapolis reveals the weakest economic expansion in the postwar era. For instance, total jobs didn't reach the pre-recession level until July 2014, 6 1/2 years after the recession's onset. Last quarter, economic growth was 0.5 percent, and in the quarter before that, it was 1.4 percent. Private-sector investment fell last quarter by 25.5 percent from the previous quarter. Despite falling gas prices, consumer spending fell, too. Unemployment is low mostly because people have given up on participating in the labor force. Moreover, many of those lucky enough to have a job are underemployed.

It's no surprise, then, that almost 70 percent of Americans think the country is on the wrong track, and they aren't buying the president's tired "financial crisis" excuse. As such, no matter what one says about the Reagan years, I like his recovery better.