GOP Presidential Candidates can Start a Second War on Poverty

Vann Ellison
|
Posted: Jan 05, 2016 12:01 AM
Share   Tweet
The opinions expressed by columnists are their own and do not necessarily represent the views of Townhall.com. 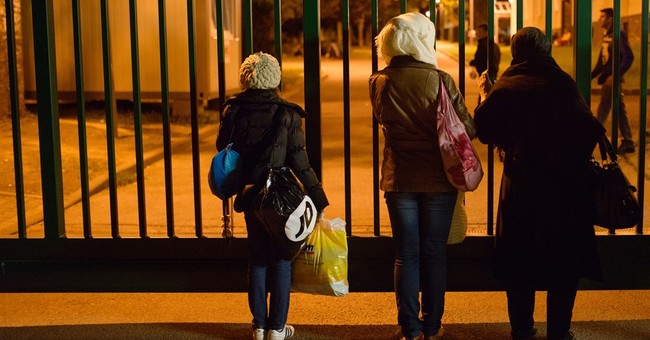 Republican Presidential candidates will have an opportunity to show voters an alternative to the half-century War on Poverty at a policy forum January 9 that recalls a legendary public servant who empowered individuals over the welfare state. Jack Kemp, former Cabinet Secretary, Congressman and Buffalo Bills quarterback, left a void in conservatives’ ability to connect with people on both an emotional and practical level about the plight of the homeless, the addicted and the unemployed.

Fortunately, the Jack Kemp Foundation, which is hosting the “expanding opportunity” forum in the key primary state of South Carolina, has preserved official correspondence and oral histories from former colleagues following his untimely death in 2009. Most Republican candidates are scheduled to participate and it would be in the self-interest of those currently leading in the polls if they did so as well. At stake is the potential for conservatives to go on offense about income inequality and raise awareness about the effectiveness of 50- plus years of auto-pilot “investments” in the annual $1 trillion welfare state. The playbook for a forceful anti-poverty agenda and urban renewal is Kemp’s record.

As the Department of Housing and Urban Development secretary under President George H.W. Bush, Kemp took charge of a broken, scandal-ridden organization neglected under the Reagan years. Widely considered a backwater cabinet department, then as now, former colleagues recount how Kemp jump-started the bureaucracy.

The new goals of the department were clear, easy-to-understand and distributed to department employees on business cards. Focused on home ownership, reducing homelessness, ridding drugs from public housing and jobs and economic development in the inner cities, the mission of the department quickly became ingrained in the organization’s culture. Contrast that with the present approach where addressing climate change and an ill-defined goal of “strengthening rural, tribal, suburban, and urban communities” pit HUD bureaucrats against an alphabet soup of other departments and agencies vying to advance politically-correct philosophy.

But it was in Congress that Kemp’s career embodied the free-market principles that enable people to escape poverty and government dependency. Kemp understood that tax and regulatory policy was smothering America’s great cities, fostering concentrations of poverty. A champion of “empowerment zones,” he sought to untangle the regulatory thicket and uncompetitive tax climate that cause businesses, jobs and residents to flee to the suburbs. Those that remain to riot and loot at night, like we saw in Baltimore and Ferguson, often have nowhere to be the next morning.

In a speech to a group of black Republicans in 1986 Kemp talked about the same class-warfare issues at the forefront of the last two Presidential campaigns and emerging yet again for 2016.

“We have learned better ways to mobilize the private sector, where wealth was created, rather than looking exclusively to government, where wealth is only redistributed,” Kemp said.

St. Matthew’s House in southwest Florida started in the late 1980’s as a homeless shelter and soup kitchen and has grown into a $14 million social enterprise based on mobilizing the private sector, not government. About 75% of the 1500 people who pass through transitional housing and the drug-treatment program every year secure permanent employment. This was done through launching businesses, namely thrift stores and a catering operation, instead of becoming non-profit drones filling out paperwork for federal grants. The best thing government can do for organizations like ours is create the conditions for economic growth that go beyond the anemic annual 2% levels we have seen in recent years.

Jack Kemp reminds us there is more to combatting poverty than food stamps, public housing projects and cash assistance programs. The poverty rate is nearly 15% which, according to the U.S. Census has not budged in four years and represents only a few percentage points decline since 1965. The politics of income inequality ignores those facts.

Campaigns that want victory over the class warfare crowd while expanding their demographic appeal in the general election will take up Kemp’s legacy, and continue the second war on poverty he started.