ACLU: Forcing Faith Out of Adoption

Travis Weber
|
Posted: Nov 21, 2017 9:54 AM
Share   Tweet
The opinions expressed by columnists are their own and do not necessarily represent the views of Townhall.com. 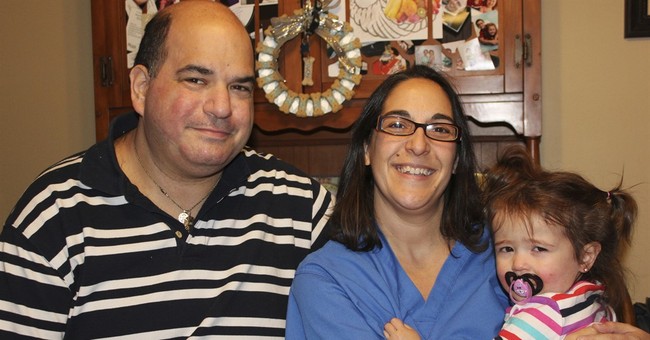 It may have been unintentional, but a recent lawsuit brought by the American Civil Liberties Union could nonetheless result in many children being displaced from adoption agencies who would otherwise have been happy to care for them and find families to adopt them.

The ACLU is currently suing the Michigan Department of Health and Human Services and the Michigan Children’s Services Agency for allowing religious adoption agencies to adhere to their faith tenets as they conduct their work—which for them means placing children in a home with a mom and a dad.

When these Christian adoption agencies refuse to compromise their principles, they will be forced to close, and the children they were trying to serve will no longer have that agency to care for them.

Nothing prevents other adoption agencies from placing children with same-sex couples, and these couples can also to go state-run agencies to find a child. The ability of same sex couples to adopt a child is not in danger. Yet the ability of religious organizations to care for children and participate in the adoption process is facing a deliberate attack and is existentially threatened by this lawsuit.

The ACLU’s approach could also end up putting thousands of children in overworked state adoption agencies. When faced with the choice of denying their beliefs or shutting down, many will end up closing their doors, and this will lead to an irreplaceable loss of resources for the entire adoption community.

Now is the time to stand up for our religious freedom, because losing all faith-based adoption and foster care services is an undeniable violation of religious freedom that also deeply hurts the most vulnerable members of our communities.

Private, faith-based organizations fulfill a vital role in adoption services. There are over 1,000 private foster care and adoption agencies in the country. Many of these are faith-based providers, who not only provide the same legal and material support needed throughout the adoption process as the state agencies, but also offer spiritual, emotional, and relational support that the government is incapable of providing. Yet to continue to do this, they must remain free and able to operate according to the tenets of their faith.

Moreover, private religious agencies often provide more than merely run-of-the-mill basic adoption services. For example, Catholic Charities has taken a deliberate interestin special needs or “hard-to-place” children and focused their efforts on children in this classification. Bethany Christian Services and LDS Family Services provide counseling and assistance to those who become pregnant and want to talk to someone. The benefits of such groups are widely recognized. Even the Obama administration realized their value and expressed their support in a public statement saying “faith-based and community organizations across the country are doing tremendous work to ensure that every child has a happy, safe home.”

Several states have passed legislation protecting the rights of faith-based adoption agencies to ensure that they do not have to choose between serving the community and living according to their religious beliefs. South Dakota, Virginia, Alabama, North Dakota, and Michigan all have passed laws which allow faith-based adoption agencies to continue to operate with integrity and follow their faith by placing children only in homes that include a married man and woman. These adoption groups believe that God designed families to include a marriage between one man and one woman, and that this structure is in the best interest of the child. To place a child in a different setting would be a violation of their religious beliefs.

Yet sadly, the ability of such groups to remain in existence and provide these invaluable services is being attacked. While some states have passed legislation to protect faith-based organizations, others have forced religious adoption agencies to close or violate their sincerely held beliefs.

Catholic Charites in Boston was forced to close once Massachusetts declared that all state-licensed adoption agencies must place children in the households of same-sex couples. As a result of its new policy, the state by its own doing lost its leading provider in terms of number of children placed with adoptive families. Subsequently, Catholic Charities in the District of Columbia closed its doors after 80 years of service when faced with the same invasive policy. Then, when Illinois passed new legislation in 2011 requiring private agencies to license unmarried and same-sex couples as foster care parents, faith-based agencies that would only license married heterosexual couples were unable to renew their contracts with the state. This mass closing of religious adoption agencies when pushed by the state uprooted over 2,000 children who had been under their care.

Our country is diverse, and we must learn how to live side by side with our differences. Yet unfortunately the same uncompromising approach which displaced thousands of vulnerable children in 2011 is now being adopted by the ACLU. For now, it remains clear that the organization would rather sacrifice the care of children than tolerate the existence of adoption agencies who remain free to operate according to their beliefs. If tolerance means anything at all today, this certainly must change.