Travis Korson
|
Posted: Sep 16, 2019 12:01 AM
Share   Tweet
The opinions expressed by columnists are their own and do not necessarily represent the views of Townhall.com. 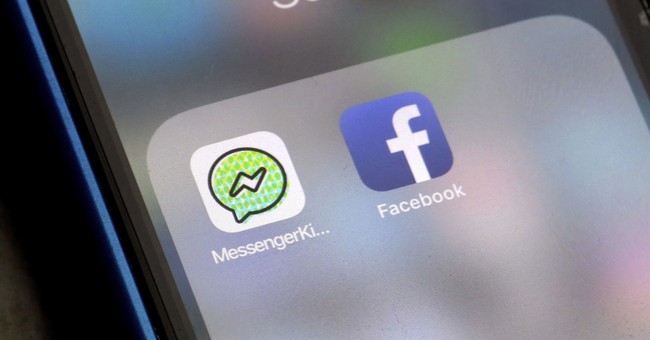 With fewer than 10 legislative days left before the end of the fiscal year and a fight over the 2020 budget looming, Senate lawmakers are in a time crunch. But then again, time is always of the essence in the upper chamber.

Consider the Subcommittee on Antitrust, Competition Policy, and Consumer Rights, chaired by Utah Republican Mike Lee, which is holding a hearing on the oversight of the enforcement of antitrust laws this Tuesday. Witnesses include the chair of the Federal Trade Commission and the Assistant Attorney General from the antitrust division of the Department of Justice (DOJ).

This hearing was originally set for July, but was pushed back into the fall. With much to discuss and not much time available, there are several topics that need to be addressed and three of particular importance that the committee should zero in on.

First, they need to review the status of federal investigations into Big Tech.

The country’s biggest technology companies – Google, Apple, Facebook and Amazon – are in the crosshairs of multiple investigators. Recently, the attorneys general of 50 states and territories announced an investigation into whether Google is using monopoly power to dominate competitors. Other states are conducting a similar probe of Facebook.

For his part, Lee notes that, “Acquisitions of nascent or potential competitors by dominant digital platforms can be pro-competitive, but they also run the risk of eliminating the very competition that may challenge the incumbent firm’s leading position in the future.”

The committee should ask if DOJ is investigating whether Google is using its overwhelming control of the search market to force advertisers to use its platform. They should also find out whether the federal government is checking into whether Google and Facebook are snapping up potential competitors before they can develop mature businesses. Finally, the committee should delve into whether Washington thinks Amazon is using monopoly power to squeeze competitors.

Second, the committee should review the status of the DOJ’s music monopoly oversight review.

A “Music Licensing in the 21st Century” symposium at the Hatch Center last month hopefully served as a reminder to Sen. Lee – who has a long history of ensuring fairness in the music industry – on the importance of ensuring the Department of Justice keeps music monopolies in check.

The DOJ is currently in the middle of a review process of the music antitrust consent decrees. These prevent ASCAP and BMI, which control 90 percent of the music licensing industry that businesses depend on to gain playing rights, from using their vast market share and cost setting powers to price-gouge American business owners. Twelve free market organizations, including Frontiers of Freedom, Americans for Limited Government, and the Institute for Liberty, wrote to Attorney General Barr expressing concern about altering them, and rightfully so.

Let’s not forget that the inherent anti-competitiveness of the music licensing industry is precisely why the DOJ created the consent decrees with ASCAP and BMI in 1941. They prohibit certain anti-free market behaviors and subject ASCAP and BMI to penalties for noncompliance.

Let’s also not forget that DOJ just finished a two-year review of those antitrust arrangements in 2016 that featured multiple comment periods. It opted not to make any changes. Why the DOJ has decided to once again revisit these consent decrees, despite being in the midst of several open investigations into more pressing tech issues, is a mystery to me.

Reports indicate the DOJwill reach a decisionby the end of the year. While Lee already has a commendable track record of helping to tame the music monopolies his committee’s assistance is needed again. During this week’s hearing a member of the committee needs to ask the DOJ why, with all of the important issues currently on its docket, it decided to open another review of these decrees, just three years after the conclusion of the last one. It certainly doesn’t seem to make much sense and warrants an explanation.

Finally, the committee should ask if the government is looking into whether conservatives are receiving fair treatment from the tech giants.

Last month, Facebook released a report authored by former Sen. Jon Kyl that indicated conservatives think the site is biased against their political viewpoints. Google is also in hot water. Former employees say they were fired because of their conservative opinions.A company executive was also taped saying Google needs to prevent “the next Trump situation.” The committee needs to press the DOJ about whether it’s looking into these and other charges of bias.

There’s never enough time for the Senate to finish all its business, and that’s especially true when it comes to the fast moving world of high tech. But if Sen. Lee and his committee ask the right questions, perhaps the executive branch can get started on delivering the answers. There’s certainly no time to lose.

Travis Korson is the Director of Public Policy at Frontiers of Freedom. You can learn more about the organization and its work atwww.ff.org.