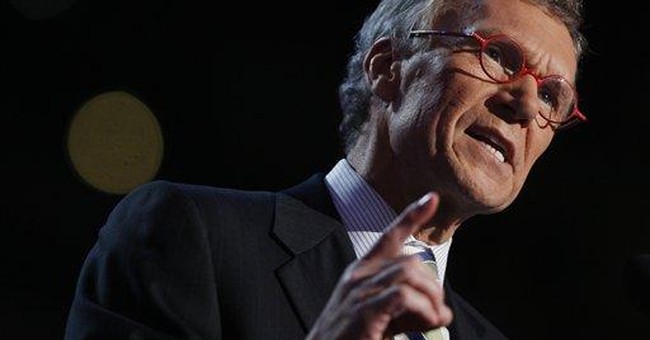 As President-elect Obama's apparent choice for health and human services secretary and as White House health care czar, it is a fair guess that Tom Daschle's view on health care legislation may be decisive.

So it is worth reading his book "Critical: What We Can Do About the Health-Care Crisis," in which the gracious former Senate leader lays out without equivocation both the policy he recommends and the tactics for how to pass it.

He proposes setting up a board to establish standards for health care delivery in the United States that would be modeled on how the Federal Reserve Board and Securities and Exchange Commission oversee banks and corporations. Technically, it only would oversee the public health systems (Medicare, Medicaid, Veterans Health Administration, etc.), which provide about 32 percent of health care nationwide.

On Page 179, he writes, "The Federal Health Board wouldn't be a regulatory agency, but its recommendations would have teeth because all federal health programs would have to abide by them." But here is the kicker: Although his board technically would have no say on the 68 percent of health care that is provided through the private sector, at the bottom of Page 179, Daschle modestly adds: "Congress could opt to go further with the Board's recommendations. It could, for example, link the tax exclusion for health insurance to insurance that complies with the Board's recommendation."

Those last 19 words would spell the end of independent private-sector health care in America. Obviously, no health insurance would be sold if it were denied the tax deduction. Thus, every policy, every standard decided by this board would be the law of the land for every drug company, every hospital, every doctor and every health insurance company.

Indeed, 20 pages later, in the section in which he identifies "losers" under his plan, Daschle is admirably candid. Among the explicit "losers, he includes: "Doctors and patients might resent any encroachment on their ability to choose certain treatments, even if they are expensive or ineffectual compared to alternatives. Some insurers might object to new rules that restrict their coverage decisions. And the health-care industry would have to reconsider its business plan (emphasis added)." That is to say, they can stay in business and deliver their services, but only as the government bureaucrats say they may. They no longer would be genuinely independent.

One of the things that Daschle says will have to change is the "technology arms race" he claims hospitals are engaging in "to attract aging baby boomers with the latest diagnostic imaging machines." Imagine that, offering customers the latest technology, which, as Daschle admits on Page 125, "help(s) doctors estimate the spread of cancer or the extent of cardiac disease without surgery."

Of course, for Daschle, the problem with such high-tech diagnostics is that it leads to treatment. On pages 123-124, he cites a study approvingly for the proposition that there are too many angiograms being performed. By too many, he specifically cites a study of 828 angioplasties in which only a third were likely to benefit the patients. Another half might or might not, and 14 percent were not likely. Now I might conclude that if 85 percent of the patients receiving the treatment might benefit (the one-third who definitely would and the 50 percent who might) and if I were one of them, I might want the procedure. But for Daschle, that would be a waste of money, and "the imaging test that shows narrowing of the arteries was to blame (for the excessive treatment)."

What followed is my favorite line in the book: "When the test revealed a narrowing of the artery, however slight, cardiologists couldn't resist doing something about it." Imagine a doctor trying to cure his patient.

Cardiologists may have thought they were carrying out their responsibilities. But under the Daschle(/Obama?) plan, political hacks appointed to the Health board will decide whether your cardiologist is allowed to image your arteries and, if they find blockage, try to treat it successfully.

But that is not all he doesn't like about private-sector health care. On Page 174, he points out the dangers of letting drug companies advertise their products to the public: The public may want the drugs even if some Washington bureaucrat likes another drug instead.

Recognizing that some of these ideas may not be vastly popular, he recommends two basic legislative strategies. First, seek to pass the legislation early in the first year of the president's first term, when he is most popular and is least likely to be resisted. That is a valid analysis.

The other strategy, which is very smart, is to leave the nasty details out of the bill. He says that was one of Clinton's mistakes in 1993. Clinton put too many details in the bill, thus alerting those who disagreed to mount an opposition (pages 108-109). Daschle recommends passing a vague bill and then "a Federal Health Board should be charged with establishing the system's framework and filling in most of the details. This independent board would be insulated from political pressure."

By "political pressure," he means the democratic process of electing fellow citizens to Congress who then pass legislation about which the public is informed before final passage -- and about which they may wish to petition their government for redress of grievances. Apparently, we can end petty bickering and partisanship by not letting anyone know what the new laws will contain.