Tom Purcell
|
Posted: Nov 14, 2016 10:55 AM
Share   Tweet
The opinions expressed by columnists are their own and do not necessarily represent the views of Townhall.com. 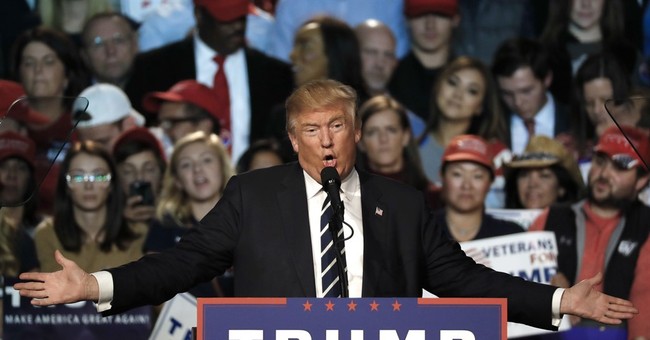 "They still don't get what the Trump win was all about. All those people protesting and calling their fellow citizens racists, sexists and xenophobes don't have a clue why Hillary really lost."

"It's a bit silly to protest nearly 60 million Americans who exercised their constitutional right by voting for a candidate the protesters opposed. The fact is, there are dozens of sound reasons why millions voted for Trump."

"You raise a fair point. It's very difficult for either party to hold the White House for more than two terms. According to, About.com, the last Democrat candidate to succeed a two-term Democrat president was James Buchanan way back in 1857."

"And after eight years of Obama's policies, no small number of Americans were ready for some serious changes. Nothing motivated me to cast a vote for Trump more than my soaring health-care premiums."

"To be sure, health insurance premiums have shot up again this November because of the massive disruptions brought on by ObamaCare. Millions of Americans are still angry that they could not keep their doctors and that the average family did not save $2,500 a year in premium costs ---- two whoppers Obama told to win support for his health-care overhaul."

"I'm so happy Chief Justice Roberts did not overturn ObamaCare back in 2012. That kept it in the public square, where we average Joes still had a chance to vote against it. And vote on it we did. With Trump as president and Republicans holding the House and the Senate, ObamaCare will be replaced or massively reformed with a new approach that better addresses the primary challenge with health-care insurance in America: cost!"

"Hopefully, ObamaCare will be a lesson learned for politicians of both parties. You need consensus from both parties to reform one-sixth of the U.S. economy. But the Affordable Care Act of 2010 was passed along purely partisan lines."

"You got that right. Not one Republican in the House or Senate voted in favor of it. The polls continuously showed that more than half of Americans felt that ObamaCare was rammed down our throats ---- the chief reason we voted to remove Democrat control of the House and Senate during Obama's term and a chief reason Hillary will not be America's first female president."

"What are some of the reasons Hillary lost?"

"To be sure, the double standard and one-sidedness of our big media outlets motivated millions of agitated voters to pull the lever for Trump. Ironically, their efforts to derail him helped to elect him."

"Above all, voting for Trump was the most powerful way millions could repudiate Obama's policies ---- executive orders that defied the Constitution, new rules and regulations created out of thin air, more than 46 million on food stamps, $20 trillion in national debt, median household income down 2.3 percent, and the first president in U.S. history to average well under 3 percent GDP growth during every year of his term!"

"One cannot argue with your facts or the many reasons you voted for Trump."

"Look, Trump has no small number of flaws, but people just want to take care of their families, pay their bills on time, and afford their health-care premiums. We want a vibrant economy that makes it a little easier for us to get ahead. That is why this 'basket of deplorables' member helped make Trump our 45th president."