The Keys to Health and Happiness

Tom Purcell
|
Posted: Feb 09, 2016 10:15 AM
Share   Tweet
The opinions expressed by columnists are their own and do not necessarily represent the views of Townhall.com. 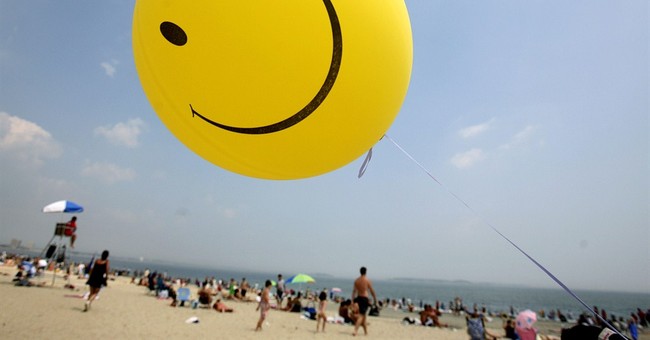 Get this: Wealth, fame and success don't make us happy, but strong relationships do.

That's according to a 77-year-long Harvard Study of Adult Development that I read about in The Independent.

The study began in 1938 with 724 men from two distinct groups. The first group included 268 sophomores from Harvard. The second group included 456 16-year-olds from an impoverished area in Boston.

At the beginning of the study, the subjects were given medical examinations and researchers interviewed their parents to gain "a deep understanding of their lives."

Then, every two years, researchers surveyed their lives and "explored their attitudes toward their work and home lives... ." Every five years they were given medical examinations. Of the 724 subjects, 60 are still alive and still participating in the study.

So what have researchers learned from the study about human happiness?

According to Harvard Psychiatry Professor Robert Waldinger, the study's fourth director, there are three key findings.

"People with more social connections - be that to family members, friends or in a community - are happier, physically healthier and tend to live longer," reports The Independent. But "those who are more isolated from others than they wish to be suffer with poor health and experience a decline in brain function sooner than those who aren't."

But we know all this to be true.

And yet we spend most of our waking hours not nurturing our friends and families but chasing success and money and a bigger house. And the happiness that is right under our noses eludes us.

The second key finding of the study is this: The quality of relationships matters. "While being lonely is harmful, being surrounded by people isn't necessarily helpful in itself," said Waldinger. "We know that you can be lonely in a crowd and lonely in a marriage."

In the era of social media, when we have more "virtual" friends than ever, why are so many lonelier than ever?

The study's third key finding should be obvious: Strong relationships are what we need to be happy, but they require work.

"Waldinger said that people who feel they can count on another person when they face trouble have stronger memory, while those who don't see this faculty decline earlier," reports The Independent.

The Harvard study validates what we all know in our bones to be true. But we're a conflicted people in America.

On one hand, we think wealth and fame are the keys to happiness. We want adulation and expensive cars and big houses staffed by a dozen servants.

But on the other hand we know wealth and fame are bogus. You don't know who your friends really are until your money is gone. And if you ever do anything stupid, the media will broadcast it all over the world.

Well, nuts to that.

If you want to be healthy and happy, follow the Harvard study's findings and engage a handful of good people in high-quality relationships.

Or, to put it another way, just follow the advice of the great singer-philosopher Kenny Rogers. He said that all anyone needs to be happy is someone to love, something to do and something to look forward to.