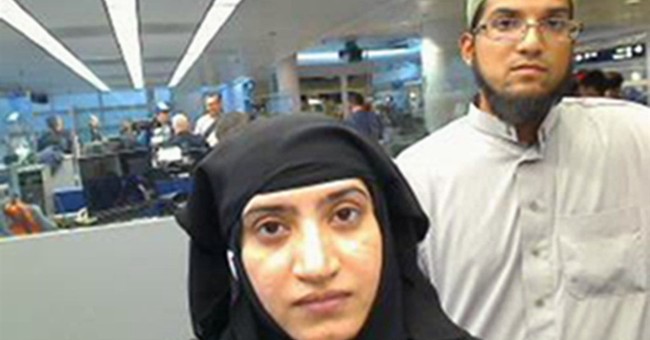 Last week was an ugly day for civil discourse.

Innocent employees were enjoying themselves at an annual Christmas party when two shooters, clad in military gear and carrying assault rifles and numerous magazines, began mowing them down — killing 14 and wounding at least 17.

A thoughtful person would be furious — furious with the two well-trained shooters, a husband and wife, who had carefully planned to carry out such an attack.

He was an American citizen. His wife was born in Pakistan.

He was 28-year-old Syed Rizwan Farook. She was 27-year-old Tashfeen Malik. They had a 6-month-old child, who they left with the grandmother before slaughtering innocent people.

He worked with the victims, government employees and was, according to his father, a very religious Muslim. Neighbors said he and other men were working in the wee hours in his garage.

But thoughtfulness and critical thinking are running short in public discourse these days.

Before some of the victims had their last breath — before the blood began to dry — our growing number of knee-jerk political hacks were using the tragedy to attack their political opponents.

ThinkProgress initially reported that the shooters were white — gleefully criticizing “conservatives” who said the attacks appeared to follow tactics used by Middle Eastern terrorists. The article was removed once it was discredited by actual facts.

Other media outlets quickly injected Planned Parenthood into the dialogue. “It's a few blocks away,” wrote one MSNBC tweeter — despite the fact that its location was a few miles away and had nothing to do with the shootings.

Disappointed that the shooters didn't fit their desired narrative, the partisan focus shifted toward our need for more anti-gun laws.

Look, we do need to eliminate loopholes in the way firearms are being purchased in our country, but the rifles the shooters used last week were obtained illegally through a friend and modified to impose maximum damage.

In France, where the gun laws are much stricter than U.S. gun laws, assault rifles are also banned — but that didn't stop terrorists from getting them.

According to The Guardian, the “western Balkans are awash with guns left over from the wars of the 1990s” and “Europe's open borders and growing trade in illegal weapons means assault rifles are relatively easy to come by on the black markets.”

If Prohibition can't stop alcohol consumption and anti-drug laws can't stop America's heroin epidemic, do you really think our gun laws will stop determined fanatics from getting them?

The point is if we want to thoughtfully address the cause of mass shootings in America, civil discourse is the only solution.

Mental health is a common denominator in many mass shootings. So let's address it civilly.

The fact is the threat of attack from religious ideologues is growing. I know this because ISIS, the terrorist organization that inspired last week’s attack — and that carried out the horrific attack in Paris — has promised more attacks in America.

The threat is real — and public discourse that mocks political opponents and blames our woes on red herrings isn't going to solve this problem.