Attempts to Degrade Drug Patents are Counterproductive in This Pandemic

Tom Giovanetti
|
Posted: Jun 01, 2020 12:01 AM
Share   Tweet
The opinions expressed by columnists are their own and do not necessarily represent the views of Townhall.com. 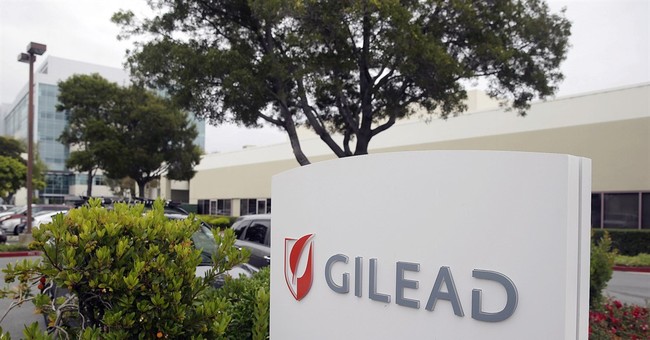 During the 2008 recession, Rahm Emanuel reminded Americans, “You never want a serious crisis to go to waste.” Today, opponents of the system that protects intellectual property are taking Emanuel’s strategy to heart, exploiting the COVID-19 crisis to try to degrade patent protections for pharmaceuticals. If they succeed, the result will be less timely access to effective therapeutics and vaccines in a pandemic and less pharmaceutical innovation in the future.

The assaults are both ironic and dangerous. They come at a time when the innovative pharmaceutical industry is proving its value. Backed by tens of billions of dollars of capital, scientists are working to find a prevention or a treatment for COVID-19. Some 69 vaccines and 31 therapeutics are in development, according to news service Biocentury. And this is all made possible by the guarantees and incentives in the patent system.

Patents encourage inventors to invent, and investors to back them. Without strong IP, why spend the time and money if someone else can steal your idea? But what IP foes want today is broad compulsory licensing, that is, a government allowing someone else to produce a patented product without the consent of the patent owner.

In the past, expropriating patents was popular in developing nations, but this time rich countries are seizing the opportunity. On March 19, Israel took the radical step of invoking a 1967 law for the first time and issued a compulsory license for AbbVie’s antiviral drug Kaletra -- even though Israel at the time had no deaths from COVID-19, Kaletra was available, and studies in China found Kaletra no more effective than standard care.

Canadian lawmakers passed a bill last month that would speed compulsory licensing. In Germany, a new law allows the government to ignore patent rights “in the interest of public welfare.” France has adopted a law that “goes well beyond the compulsory licensing measures adopted elsewhere,” according to IAM, a business news service that also cites threats in countries such as Australia and Chile.

But dispensing with patent protections is counterproductive. Hastily ginning up manufacture of generic copies through compulsory licensing will take time, and won’t necessarily be as safe and as proven effective as the originator drug.

Consider the antiviral remdesivir, developed by Gilead Sciences, building on 10 years of research. In NIH testing in 2018, two other drugs worked better at treating Ebola, so remdesivir was never marketed to the public. But it now appears to be a strong candidate to treat COVID-19 and is in human clinical trials around the world.

Gilead is already manufacturing tens of thousands of doses of remdesivir – for the trials, for compassionate use by very sick COVID-19 patients and to get a head start on mass production if the drug gains approval. The company has built a network of partners in North America, Europe and Asia to speed the procurement of raw materials and the making of API and the final medicines. Those raw materials, by the way, are scarce, and prices could get jacked up by competition if a gang of generic companies is producing remdesivir.

Gilead’s goal is to produce courses of treatment for 140,000 patients by the end of next month and one million by the end of December. The company is exploring with other manufacturers technology transfer and other mechanisms to ramp up supply. “We are doing this,” says a Gilead fact sheet, “before knowing whether remdesivir will be determined to be safe and effective to treat patients with COVID-19.” No generic manufacturer can do the same.

Compulsory-licensed drugs are not only slower; they are often more expensive. A 2015 study published in Health Affairs found, “Compulsory license prices exceeded the median international procurement prices in nineteen of the thirty case studies, often with a price gap of more than 25 percent.”

This is not to say that compulsory licenses never have a place in an emergency. Narrowly focused, they can increase access if, for example, a critical medicine is unavailable through any channel. But it’s naïve to ignore that the real goal of many advocates of compulsory licenses during this pandemic is to do away with the IP system for good. They don’t want to waste a crisis.

Their aim is not mere cost-cutting. In this pandemic, nearly all governments – even the U.S. -- are committed to providing COVID-19 drugs at little or no out-of-pocket cost for their citizens. Compulsory licensing deters innovators from investing in drug discovery. It won’t reduce what patients pay.

The longer-term threat posed by dismissing IP protections is that drug companies and their financial backers will be deterred from making the vast investment in time and money -- $2.9 billion per approved drug -- to develop new medicines in the first place. Only one in every 5,000 to 10,000 compounds that goes into preclinical testing is ever marketed. Still, in 2018, the U.S. pharmaceutical industry devoted $97 billion to research and development. That R&D commitment requires long-term confidence that patent rules will be enforced around the world even – in fact, especially -- in a pandemic.

Tom Giovanetti is the president of the Institute for Policy Innovation (IPI), a public-policy think tank that is an accredited NGO with the World Intellectual Property Organization.