Progressives Blame Capitalism Instead of Obama For Patriot Coal Bankruptcy 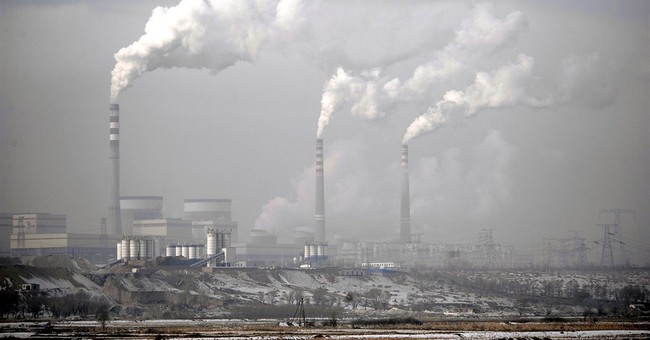 The American coal industry is in free-fall and companies are being forced to do whatever it takes to keep from closing their doors. It’s a difficult situation for all involved, and the progressive media is eager to levy the blame on the free market. Even when the facts suggest big government picking winners and losers is at fault, a good crisis never goes to waste for progressives, and thus those details are unabashedly ignored.

Case in point is a recent article published by the always fair and balanced Atlantic about the bankruptcy of the Patriot Coal Company. The article lambasted Patriot’s court-approved plan to avoid complete liquidation as a scheme to rob union members of their pensions. This narrative is narrow-minded and ignores the broader trends of what is really happening to the once-proud American coal industry.

The story hinges on a May 29th ruling that allowed Patriot to shed $1.6 billion in union retiree pensions and health benefits and replace it with a several hundred million dollar healthcare trust fund. The United Miners Workers Union was also given a 35 percent ownership in the company as part of the agreement.

There’s plenty of blame to go around here. Patriot Coal is a spin-off company of Peabody Energy. When the two companies separated, Patriot was stuck with 40 percent of the pension and benefits overhead while only receiving 16 percent of the former company’s capital. This is only one element of the story, but it's what the media has chosen to focus on entirely since it's the most convenient detail for their agenda.

They’re now running wild attacking capitalism as the culprit. Indeed the title of the Atlantic article is “This Is Capitalism Now: How a Coal Company Bilked 20,000 Workers Out of Health Benefits”.

Notably missing in the media coverage, however, is the real cause of Patriot’s bankruptcy: President Obama’s war on coal.

The Patriot Coal story is a textbook example of the way progressives escape accountability. We are meant to sympathize with the unions in their plight against the company. What’s ignored is the industry’s fight to survive the regulatory onslaught from the Obama administration and the union’s previously fervent support of the President’s campaign.

Notwithstanding Peabody’s actions, it’s outrageous to ignore President Obama’s stubborn determination to bankrupt the coal industry. Recall when then candidate Obama said in 2008, “Under my plan of a cap-and-trade system electricity rates would necessarily skyrocket” He added, “So, if somebody wants to build a coal plant, they can – it’s just that it will bankrupt them.”

Following his election, Obama doggedly pursued his anti-coal agenda with cap-and-trade. After the legislation failed, he used the EPA to issue regulations that have dramatically reduced coal use.

According to the Energy Information Administration, in first quarter of 2011, 49 percent of electricity was derived from coal. That figure dropped to 34 percent one year later –- the year Patriot sought bankruptcy protection.

An analysis by the American Coalition for Clean Coal Electricity found combined EPA regulations are contributing to the closure of more than 280 coal power units. Further, the agency’s proposed greenhouse gas rule would essentially ban construction of any new coal-based power plants.

Investors can’t ignore these details like the media can. They are reacting to the reduced demand for coal as evidenced by crashing values of coal company stocks. Peabody stock, for example, was just over $70 per share in April 2011. It’s now selling for about $19.

Despite Obama’s pledge to bankrupt coal fired utilities, the United Mine Workers Union endorsed his campaign in 2008. Following the fulfillment of his openly hostile agenda against their jobs, the union elected to sit on the sidelines in 2012 instead of fighting for their livelihoods.

Without coal leaving the ground and being burned to produce power, the coal producers can’t fulfill obligations made when coal demand was high and the regulatory regime wasn’t tyrannical.

Given this government’s explicit policy to bankrupt the coal industry, the media and unions are naïve if they are honestly surprised that Patriot is on the verge of bankruptcy. They have no room to criticize companies doing everything possible to prevent liquidation and the mass layoffs that follow.

The Atlantic’s exploitation of this story is just another facet of an all-out media assault on free market capitalism waged without regard to inconvenient facts that completely impeach their narrative.