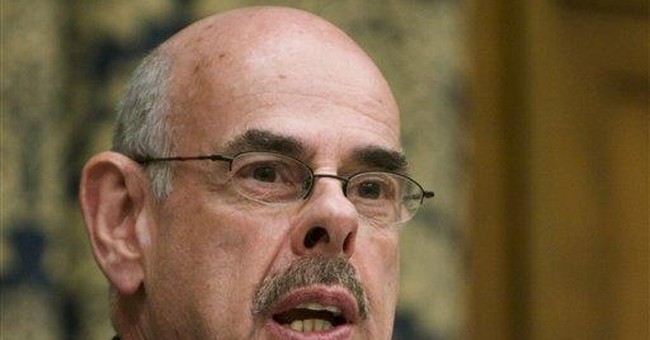 President Obama and Congressman Henry Waxman (D-CA) have found big business to be a crucial ally in their quest for a national cap-and-trade law to limit carbon emissions.

Corporate backing greatly enhances the global warming bill’s prospects of passing, but it also reveals a key feature of Obama’s political strategy: a new era of special interest politics in which major corporations work in concert with liberal politicians and advocacy groups to advance the left-wing agenda.

Obama already is using the power and prestige of his office to drive cap-and-trade. In February, through an executive order, he created the President's Economic Recovery Advisory Board (PERAB) to provide “an independent voice on economic issues.”

In reality, PERAB will serve as a platform to trumpet business support for Obama’s energy policy. For instance, following its first meeting on May 20, PERAB circulated a memorandum endorsing cap-and-trade as “…the most important step in a coherent strategy for curtailing emissions.”

In an interview prior to the board’s first meeting, Austan Goolsbee, staff director for PERAB, acknowledged the critical role that business will play in achieving Obama’s goals by saying, “Here’s a case where government policy with the private sector working together is the only way that it really can get done.”

Not surprisingly, Obama picked CEOs such as Jeff Immelt of GE and Jim Owens of Caterpillar – executives who already had made a commitment to pursue cap-and-trade legislation – to participate in PERAB.

Immelt and Owens also are members of the United States Climate Action Partnership (USCAP), a coalition comprised of over twenty corporations and environmental activist organizations that is actively lobbying for cap-and-trade legislation.

In addition, Obama added liberal advocacy groups to PERAB. The panel has strong labor union representation through Richard L. Trumka, who is secretary-treasurer of the AFL-CIO, and Anna Burger, who chairs Change to Win, which is a labor federation representing seven unions and their six million workers. Burger also is an executive with the Service Employees International Union (SEIU).

Meanwhile, in Congress, the rapid progress of the American Clean Energy and Security Act of 2009 (HR 2454) – a cap-and-trade bill – can be attributed to the lobbying push of major corporations.

Ironically, it’s corporate America that allowed Waxman, a noted critic of industry practices, to keep his promise to move his global warming bill out of the Energy and Commerce Committee by Memorial Day.

The greatest impetus for the cap-and-trade bill was supplied by USCAP. As the Los Angeles Times reported, “Companies such as Alcoa and Duke Energy, the nation's largest producer of electricity generated by burning coal, have been marshaling votes on Capitol Hill, working behind the scenes with committee negotiators and providing what House leaders call a blueprint for compromise.”

Congressman Edward J. Markey (D-MA), coauthor of the cap-and-trade bill, has recognized the importance of business support, saying, “Their support is indispensable."

In another first, companies supporting cap-and-trade are trying to silence trade association opposition to the global warming bill. Johnson & Johnson sent a letter to the U.S Chamber of Commerce asking the trade group to stop its opposition to Congressional action on global warming because that position does not reflect the views of all its members. Johnson & Johnson is a member of both USCAP and the Chamber.

Similarly, Duke Energy decided not to renew membership in the National Association of Manufacturers in part because of conflicting views over global warming legislation.

By co-opting corporate interests, the Left has brilliantly converted a former opponent into a powerful ally and constructed a win-win situation for the liberal-corporate axis.

In this deal, CEOs obtain special legislative carve outs that give their company a competitive advantage over competition. In addition, needy CEOs also get accolades from the liberal elite in the form of ego-boosting media stories and, for a select few, photo opportunities with the president.

In exchange, the Left acquires the almost unlimited resources of a corporation – lobbying, public relations and advertising – to promote its political agenda. With GE, the liberal movement also acquires the company’s media units (NBC, MSNBC and CNBC), which aggressively push the green agenda in news coverage and network programming.

Fundamentally, Obama and Waxman are fostering a form of Corporatism in which a collection of powerful special interest groups join together to advance their world view.

The losers are everyday Americans who cherish their individual liberty, consumer choice and standard of living – all of which will be reduced thanks to the adverse consequences of cap-and-trade.

While cap-and-trade must still pass the House of Representatives, and faces a high hurdle in the Senate, don’t underestimate the lobbying might and collective force of the labor unions, environmentalists and corporations supporting the energy policy of a popular president aided by a Congressional majority.

The overwhelming power of this juggernaut can overwhelm the resistance offered by conservative Republicans and fiscally moderate Democrats.