Todd Starnes
|
Posted: Jan 17, 2022 10:56 AM
Share   Tweet
The opinions expressed by columnists are their own and do not necessarily represent the views of Townhall.com. 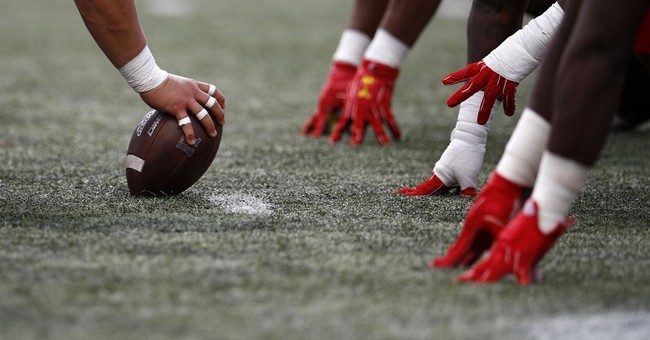 CBS Sports rejected a 30-second commercial promoting "The Business Bible." The ad was set to air during the Hula Bowl.

"The Business Bible," is a corporate sponsor of the Hula Bowl and they had submitted a professionally-produced commercial for the Jan. 15 football game.

CBS Sports signed off on advertisements from other sponsors, including Five Guys, Wilson and Red Bull. "The Business Bible," however, was turned away.

“The only reason for this decision is that producers at CBS banned the Bible,” says Nicholas Leone the founder of the Business Bible and former Wall Street executive. “The ad is about business, discovering your success story, and is a nice introduction to the resource that will be available later this year.

“As a businessman, I don’t understand this decision. The network must not realize millions of men and women in the marketplace love talking about sports, business, and the Bible. Unfortunately, this may be another example of our mainstream media controlling the narrative contrary to the values of many Americans. There really is no basis for their position.”

A who's who of business leaders, athletes, investors, and philanthropists support the Business Bible, a New American Standard Bible filled with articles, principles and business best practices.

The Business Bible's first edition is set to be published in 2022.

“We learn valuable lessons for life and work in the Bible and in sports,” says Hula Bowl director Nick Logan. “I can't think of a more appropriate sponsorship for these all-star athletes than the Business Bible. Even though CBS Sports Network refuses, we will air the Business Bible commercial in the stadium during the game. The Bible will not be canceled!”

I’m a bit surprised that CBS Sports would turn down a business proposition from a Christian business owner - especially since the Bible is the best-selling book in the history of publishing.

The network has gone to great lengths to pride itself in its tolerance and diversity.

Back in 2021, the sex and gender revolutionaries gushed with glee after CBS aired four LGBTQ-inclusive commercials.

So why would CBS Sports embrace one demographic, but alienate another? A demographic, by the way, that traditionally watches football with a religious fervency?

To borrow a phrase from the decision makers at CBS Sports, that does not sound like a best business practice.

And maybe they could’ve avoided this embarrassing spectacle had they just read a few pages of “The Business Bible.”