University: Drag Queens are Welcome, Creationists Are Not

Todd Starnes
|
Posted: Feb 07, 2018 11:19 AM
Share   Tweet
The opinions expressed by columnists are their own and do not necessarily represent the views of Townhall.com. 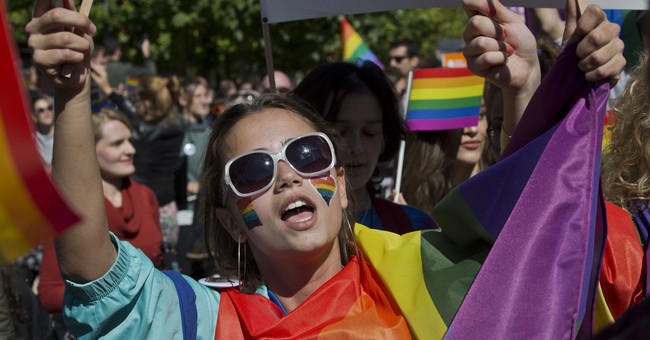 The University of Central Oklahoma has opened its arms to drag queen shows and safe sex carnivals but they draw the line at Christians who believe God created the Heavens and the Earth in six days.

Ken Ham, the founder of the popular Creation Museum and Ark Encounter, was disinvited from speaking on the public university campus after an ugly campaign of bullying by LGBT activists.

The Todd Starnes Radio Show obtained exclusive emails between the UCO Student Association and Answers in Genesis explaining why they had to rescind the invitation and opt out of a signed and legally binding contract.

“We are currently getting bombarded with complaints from our LGBT community about Ken Ham speaking on our campus,” student body president Stockton Duvall wrote on Jan 25. “I was going to request that Mr. Ham refrains from talking on this issue, even if asked his views during the Q&A.”

Ham was scheduled to deliver his remarks on March 5 in the university’s Constitution Hall.

“I find it highly ironic that after being booked to speak in the school’s Constitution Hall, our constitutional right to free speech and the exercise of religion, guaranteed under the First Amendment, have been denied,” Ham said.

“While I know this looks awful censoring certain parts of Mr. Ham’s views, I want to ensure that we stay on topic of the research Mr. Ham and his team have done over creationism,” Duvall wrote.

For the record, Ham’s university lecture was titled, “Genesis and the State of the Culture.”

Paul Blair, the pastor of a local church that sponsors a student ministry called “Valid Worldview,” told me Ham’s speech had nothing to do with LGBT issues.

“The backlash we are already receiving is quite immense and I do not want this event to be spoiled due to a topic that isn’t relative to Mr. Ham’s research of creationism,” Duvall wrote.

“A small but vocal group on campus put up a fuss about my talk and the university caved in, tearing up the contract and contradicting its policies of promoting ‘free inquiry’ and ‘inclusiveness’ on campus,” Ham said.

Pastor Blair told me he does not fault the student government association president for caving in to the LGBT mob.

“I think this young man was bullied and intimidated,” Blair said. “I think he succumbed to the bullying that these LGBTQ groups are known for. Those that scream out and demand tolerance are in actuality the least tolerant group of individuals on the planet.”

A university spokesman told me there had been no complaints of LGBT bullying.

“The UCO community is an inclusive environment that encourages the civil expression of diverse thoughts and ideas, while also keeping the safety of our students a top priority,” the spokesman said.

Blair, the pastor of Fairview Baptist Church, pointed out the university’s blatant hypocrisy and what he called “the obvious discrimination against Christianity on campus.”

“I am beside myself with frustration that our tax dollars go to promote a drag queen show and safe sex events with carnival games that are obscene and graphic,” he said. “Yet when it comes to something like debating Darwinian evolution or talking about the literal Creation account of Genesis – well that kind of speech must be censored.”

The pastor has a valid point.

If the University of Central Oklahoma expects Christian students to be tolerant of LGBT-themed events, why aren’t they demanding that same expectation from LGBT students when it comes to Christian events?