The Difference Between Trump and Obama

Todd Starnes
|
Posted: Jul 10, 2017 7:45 PM
Share   Tweet
The opinions expressed by columnists are their own and do not necessarily represent the views of Townhall.com. 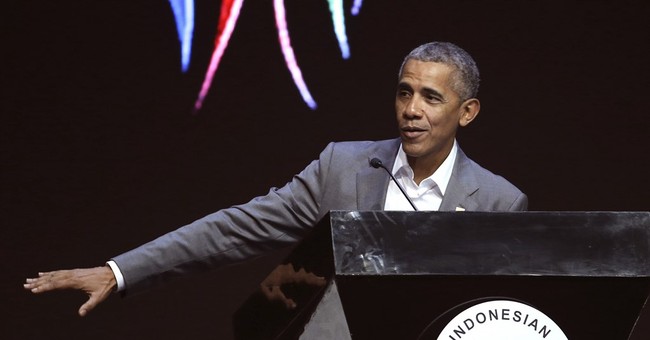 The patriots at Students4Trump summed up the difference between President Obama and President Trump in a clever Instagram photo.

President Trump was about to board Marine One when he noticed the wind had blown off a Marine's covering. The president retrieved the covering and placed it on the Marine's head. A few seconds later, a gust of wind once again sent the covering airborne. Video shows a military official assisting the president in returning it to the Marine.

Click here for a free subscription to Todd's newsletter - a must-read for Conservatives!

In 2013 President Obama summoned Marines to protect him from the rain during a Rose Garden gathering. The president directed the Marines to stand in the rain while they held umbrellas.

That's the difference between a Commander-in-Chief and a Community Organizer-in-Chief.