Todd Starnes
|
Posted: Nov 09, 2016 8:43 AM
Share   Tweet
The opinions expressed by columnists are their own and do not necessarily represent the views of Townhall.com. 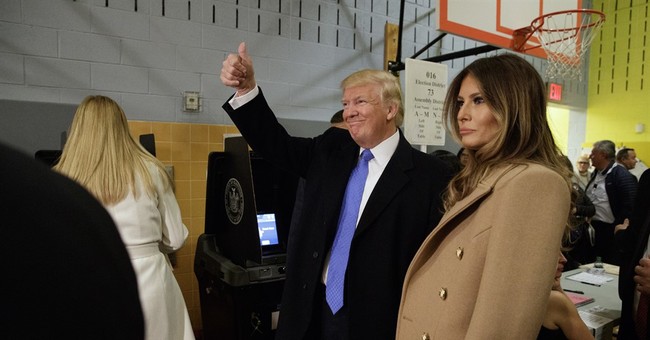 Our long national nightmare is over and the Republic has been saved.

I’m originally from the Deep South. My father, who passed away in 2006, was a blue-collar worker. We lived paycheck-to-paycheck. We went to church on Sunday. We lived a quiet life – just like many families in so-called “Fly-Over Country.”

My father was a member of the Silent Majority and had he been alive he would’ve cast his vote for Donald J. Trump.

I’ve lived in New York City for more than a decade now – and I’ve seen firsthand the contempt for country folks like my father – people from Rural America.

As I wrote in my book, “God Less America,” I feel like a Duck Dynasty guy living in a Miley Cyrus world – where right is wrong, wrong is right – it’s as if our values have been turned upside down.