Todd Starnes
|
Posted: Aug 22, 2016 2:56 PM
Share   Tweet
The opinions expressed by columnists are their own and do not necessarily represent the views of Townhall.com. 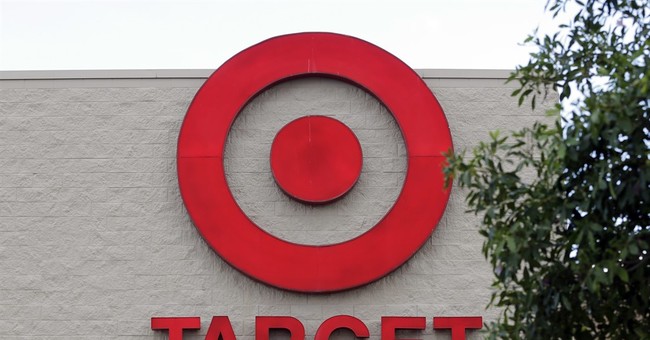 There are two indisputable facts surrounding Target’s decision to allow men to use the same bathrooms and changing rooms as women and little girls.

The debate is whether there is a correlation between those two facts.

Target CEO Brian Cornwell told Fortune magazine in May that the transgender bathroom policy has nothing to do with their financial wellbeing.

“To date we have not seen a material or measurable impact on our business,” he said. “Just a handful of stores across the country have seen some activity and have been impacted.”

But American Family Association believes their boycott is having a significant impact on Target’s bottom line.

READ THE FULL STORY AT TODDSTARNES.COM!
Mike Pence's Inability to See Why Defunding the FBI Is Different Than Defunding the Police Is a Problem
Matt Vespa
Boston Children's Hospital Promoted Gender Transition or Minors, and Now It's Removing Evidence