Todd Starnes
|
Posted: Feb 16, 2016 4:01 PM
Share   Tweet
The opinions expressed by columnists are their own and do not necessarily represent the views of Townhall.com. 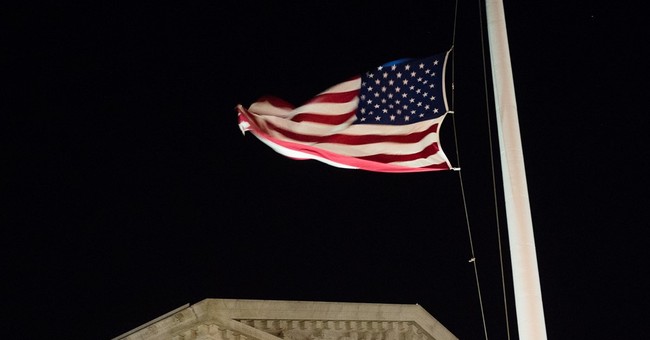 A Pennsylvania high school has launched an investigation after a photograph surfaced of a student desecrating an American flag inside a classroom at Richland High School.

The repulsive photograph, reportedly posted online over the Valentine’s Day weekend, shows a young man standing on Old Glory as a female student stands nearby with her middle finger raised.

Seething outrage would be a good way to describe the reaction in Richland Township – a country town that prides itself on patriotism.

“What a shameful display of ignorance, contempt and utter disregard for the country, flag and veterans’ sacrifice,” one resident wrote online.