Showdown: Navy Forces Chaplain to Choose Between Faith and Job 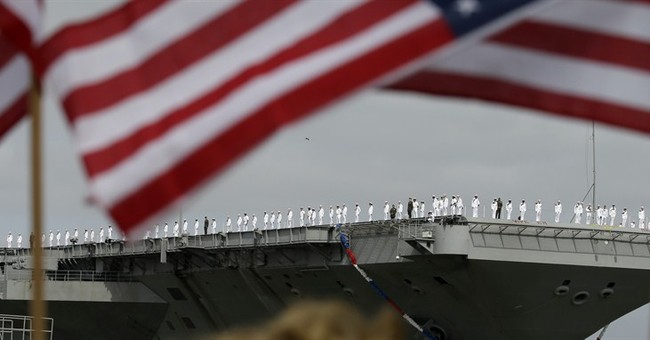 Five months ago the Navy called him the “best of the best.” But now, Chaplain Wes Modder could be kicked out of the military over issues of intolerance and insensitivity to other cultures.

Lt. Cmdr. Modder has been accused of failing to show “tolerance and respect” in private counseling sessions regarding issues pertaining to faith marriage and sexuality – including homosexuality.

On March 16 the Navy rejected Modder’s claim that he was being singled out because of his Christian faith.

“In your case, I find that your ability to express your religious beliefs during pastoral counseling has not been restricted or substantially burdened, Commanding Officer J.R. Fahs wrote in a memorandum to Modder.

Fahs wrote that Modder was relieved of his duties because he failed to “uphold the core capabilities of chaplains” – specifically “under the core capability of ‘care,’ you have the duty to be sensitive to the religious, spiritual, moral, cultural and personal difference of those you serve.”

“Your inability to comfort and counsel in a manner that was respectful of the counselee while maintaining dignity and professionalism…led to you being relieved of your duties,” he wrote.

Modder, who is endorsed by the Assemblies of God, had been reassigned from his chaplaincy responsibilities at the Naval Nuclear Power Training Command in Goose Creek, S.C. pending the outcome of the military’s investigation.

The highly decorated, 19-year military veteran previously served in the Marine Corps and was once the force chaplain of the Navy SEALs.

Attorney Michael Berry is representing Chaplain Modder. Berry works for Liberty Institute, a law firm that specializes in religious liberty cases. He said they categorically deny all of the military’s allegations.

They plan on appealing the commander’s decision.

Meanwhile, the chaplain’s plight has drawn support from across the nation – including high profile political figures like Mike Huckabee and religious leaders like Franklin Graham.

“It’s a sad day in American when military chaplains have to choose between being true to their faith and keeping their jobs,” Graham wrote on his Facebook page.

LTG (Ret.) Jerry Boykin, who now serves as executive vice president at the Family Research Council, said a chaplain isn’t worth anything if he isn’t allowed to minister and counsel according to his faith.”

More than 60,000 Americans have signed an FRC petition calling on Defense Secretary Ash Carter and Secretary of the Navy Ray Mabus to drop the charges against the chaplain.

Modder’s troubles started shortly after a married gay officer was assigned to be his assistant. The young officer had been working for the chaplain for about a month when he began peppering him with questions about homosexuality. Not too long afterwards, the officer filed a five-page complaint – clearly upset about Modder’s views on same-sex relationships and homosexuality.

“His five-page letter of complaint was unconscionable,” Modder told me. “It was insulting and devastating.”

And to many – it appears the chaplain may have been the target of a set-up by the young officer.

“The first act of this brand new officer is to deliberately set up Chaplain Modder,” Boykin said. “Does this give you comfort as an American who depends on the U.S. Navy for national security? To know that we have leaders who would do something like this?”

It is puzzling why a gay officer would continuously seek the counsel of a chaplain who clearly held to the Bible’s teachings on both homosexuality and marriage.

It would be like a vegetarian getting upset at a barbecue joint for not serving tofu.