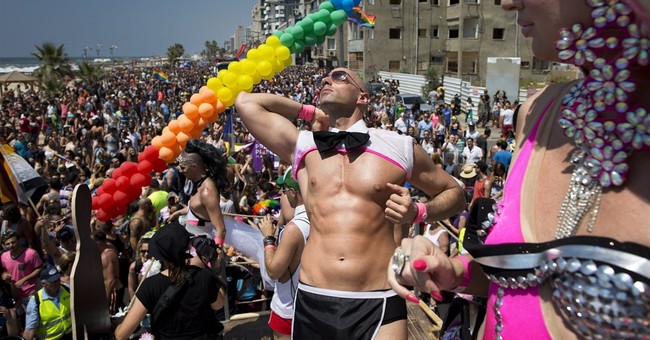 Teenagers at a California high school were publicly shamed for disagreeing with speakers allowed to push an LGBT agenda during an English class, according to several upset parents.

The Queer Straight Alliance at Acalanes High School, in Lafayette, lectured students in several ninth-grade English classes on Jan. 29 about LGBT issues, according to Brad Dacus, president of the Pacific Justice Institute, which is representing the parents.

During the class, the students, ages 14 and 15, were instructed to stand in a circle. Then, they were grilled about their personal beliefs and their parents’ beliefs on homosexuality, PJI alleges.

“The QSA had students step forward to demonstrate whether they believed that being gay was a choice and whether their parents would be accepting if they came out as gay,” PJI attorney Matthew McReynolds said. “Students who did not step forward were ridiculed and humiliated.”

PJI is a law firm that specializes in religious liberty cases. They are representing several families who had children in the freshman classes -- some of whom also are angry because there was no parental notification of the LGBT lecture.

“Singling out students for ridicule based on their moral or political beliefs is a Marxist tactic that should have no place in the United States of America,” Dacus said.

During the lecture, the Queer Student Alliance provided students with the names of the gay and lesbian teachers at the high school. They also had students line up to demonstrate where they fell on the “gender spectrum.”

Students were given a handout with LGBT terminology – including words like pan-sexual, demi-boy and gray gender.

Demi-boy/girl is defined as someone who only partially identifies as a man or woman. Gray gender defines someone who feels as though they sort of fit inside the gender binary, but that their gender is more hazy and undefined.

“Acalanes High School and the district have defied common sense, ignored the law and broken parents’ trust,” McReynolds said in a prepared statement. “These administrators are acting like schoolyard bullies. If they think intimidation is going to work on us or these parents, they are greatly mistaken.”

“It was a public outing,” one parent told me. “My child is being raised in a family with conservative values. We are a Christian family. What bothers me the most is the school is being dishonest and secretive about what’s happening. My son’s value system and our belief system is not being respected on a many levels.”

And from a very practical point – she wants to know why the Queer Student Alliance was allowed to take over an English class.

“There’s no other club at the high school that gets face time in front of freshman English classes for an entire period,” the parent said.

So why is Acalanes High School outing students who may not agree with every facet of the LGBT agenda?

Superintendent John Nickerson tells me it’s all about tolerance.

“The classroom instruction in question was part of a tolerance workshop led by peer educators under the supervision of teachers,” Nickerson wrote to me in an email.

That’s all well and good – but were the teenagers academically qualified to teach a class on issues like “gender fluidity”? Why weren’t the teachers teaching the class? And what about the allegations that students were bullied by the Queer Student Alliance?

“We are aware of the concerns and allegations raised by two parents and the Pacific Justice Institute,” he wrote. “We are investigating the situation, learning activities and classroom environment.”

This happens to be the same high school that invited a “pleasure activist” from Planned Parenthood to teach sex education to the freshman class. Students were encouraged to ask each other questions like “Is it okay if I take my pants off?”

The parent I spoke to bristled at the notion the LGBT class was about tolerance.

“They are tolerant of everyone except people who have Christian values,” she told me.

PJI sent a letter to the school district demanding an explanation of what happened. They believe the classroom lecture violated the privacy rights of the students.

“It should be self-evident that, as a fundamental privacy right, students cannot be ‘outed’ during class time by being made to declare their beliefs and feelings about sensitive sexual matters, any more than a student could be required to announce their sexual orientation,” PJI wrote in their letter to the school district.

Has it really come to this, America – forcing students to declare their allegiance to the LGBT agenda? Maybe they should just stick to teaching English in English class.