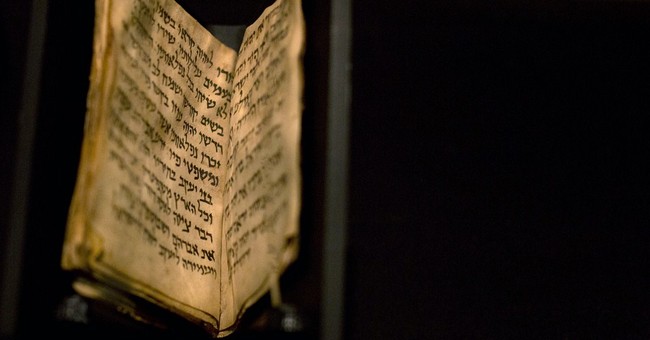 Neal and Danette Childs knew they were in danger.

From their compound in Niger’s capital city they could see three churches burning. The smoke was filling their home.

“We immediately started packing a trunk, putting in our valuables, our documents, and we loaded up the car,” Neal told me. “There were concerns our family would be targeted.”

“Our immediate response — there is that little bit of panic,” he said during a telephone conversation from the West African nation of Niger. “We were ready. We were on guard.”

It was Jan. 16 and by the week’s end Muslims had set fire to at least 45 churches and looted the homes of a number of Christian ministers. Ten people were killed. Followers of Christ fled for the lives.

The protests were over the cartoons lampooning the Prophet Muhammad that were published by the French magazine Charlie Hebdo.

The horrors of that weekend did not generate all that much press coverage. There were no solidarity marches for Niger’s tiny Christian community. There was no wall-to-wall cable news coverage. Nor could I find any mention of the burnings on the White House website.

The Associated Press account was a mere four paragraphs.

The New York Times published a dispatch from Reuters that appeared sympathetic to the mob. The story included quotes from a Muslim explaining why they were angry — but there were no quotes from the Christian victims.

Likewise, USA Today’s coverage lacked any commentary from pastors or priests. But they did find an imam who reminded the newspaper’s readers that the Islamic faith is peaceful.
“Don’t forget that Islam is against violence,” he told USA Today as the ruins of 45 Christian churches smoldered across the nation.

But the story of what really happened during that terrifying weekend deserves to be told. And it needs to be heard.

Neal and Danette Childs have been Christian missionaries in Niger since 1998. Neal oversees Reaching Unreached Nations, a ministry of 36 churches across the country.

Two of those churches were destroyed. The mob also attacked the parsonages — leaving two ministers and their families homeless.

“Both of their houses were burned and completely looted,” Neal told me. “One of our pastors lost everything.”

That pastor has a pregnant wife and three children. They are now living with Neal and his family.

But something rather remarkable happened when the mob attacked the other pastor’s house.

The Christian pastor’s neighbors are Muslim.

“They helped to save the pastor’s property while the crazy mob was burning everything,” Neal said.

The following day Neal and his wife ventured outside to survey the ruins of the church house.

“It was still smoking and warm with ashes,” he told me. “As we were looking through the rubble my wife came across the Bible.”

The Bible was charred but not destroyed, and it caused a stirring in the hearts of the Christian couple.

“It was an emotional moment as you see your church in ashes,” Neal said.

Danette took a photograph of that Bible, and it ended up in the hands of Franklin Graham, the president of the Billy Graham Evangelistic Association.

Graham posted the photograph of the Bible on his Facebook page, along with a sobering thought.

“Can you imagine the international outcry if this were the Koran?” he asked.

Could you imagine the international outcry if Christians had burned 45 mosques?

But that’s not what happened in Niger. The Christian community did not retaliate. They did not respond with angry voices.

“That’s because we are people of mercy and grace and faith,” Neal told me. “We don’t react in the flesh and we don’t react out of anger.”

Indeed, Christian leaders in Niger held a press conference and announced they forgave those who burned down their churches.

“The church is recognizing this is something to be joyful over — the church and their faith have been proven,” Neal said. “Jesus said rejoice and be exceedingly glad when men persecute you, for great is your reward in heaven.”

The Muslim mobs may return, but that’s OK with Neal.

“We are preaching the Gospel and living as an example before the people,” he said. “It was demonstrated in our response. It is not our nature to be aggressive or violent. We forgive those that attack.”

Good words spoken by a man with a deep and abiding faith in our Lord.

And yet I still can’t seem to get over the image of that charred Bible found in the ashes of that church house. I’m reminded of a passage of Scripture from the Old Testament.

“The grass withers, the flower fades, but the word of our God will stand forever.”