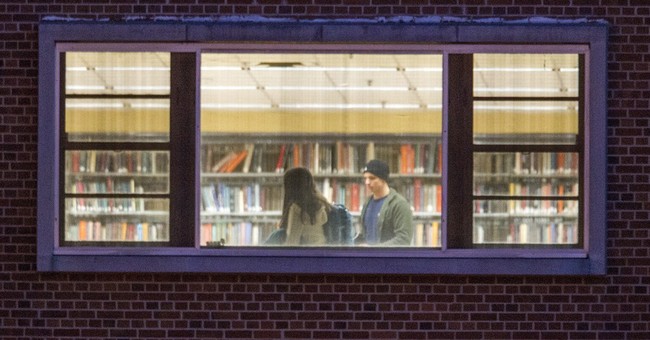 I received a Facebook message the other day from one of my readers in Cordova, Alaska.

Kanji Christian had purchased a copy of my new book – God Less America – and he enjoyed the book so much he decided to donate a copy to the public library.

The folks at the library said it would take a while for them to approve the book. A few months later, Kanji dropped by hoping to find his donated copy of “God Less America” on the bookshelf. But the book was nowhere to be found.

Kanji decided to investigate and he soon learned that my book had been rejected by the library.

“She (the librarian) just said that if it didn’t make it in it’s because they check reviews and then decide whether or not it’s something the community would be interested in,” Kanji wrote to me.

Were the claims of my reader true? Did the public library determine that the good people of Cordova would not be interested in the writings of a gun-toting, Bible-clinging, son-of-a-baptist?

There was only one way to find out. I called the public library and had a very nice chat with the librarian. She confirmed that my book had indeed been turned away. She said there were not enough “professional reviews.”

That’s odd – because “God Less America” had plenty of reviews. Gov. Mike Huckabee praised my “Southern storytelling and investigative journalism.” Sean Hannity heralded my “signature humor.” And my Aunt Lynn said I was her “favorite nephew.”

The librarian also said they had limited space for books.

“We have a really small library,” she said. “Real estate on our shelves is very valuable.”

I’m just glad the Cordova Public Library has ample room on their shelves for the works of Bill Clinton, Hillary Clinton, Jimmy Carter, Al Gore and President Obama. No wonder they don’t have room for the bad boy of the literary world.

I can’t say I’m all that surprised that the public library refused to accept my book. A few years ago Amazon banned my second book, “Dispatches From Bitter America.” They said it contained offensive material.

Kanji tells me he’s a bit disappointed in his local library. He was just trying to be neighborly.

But that’s how the tolerance and diversity crowd operates. They don’t burn books – they just ban them.