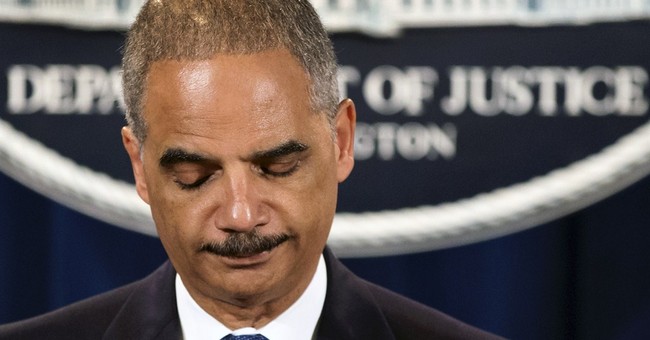 A Louisiana sheriff has received bipartisan support in his fight against the Department of Justice after they denied thousands of dollars in funding to the Young Marines because the program’s oath placed “special emphasis on the love of God and fidelity to our country.”

“We were informed that these are unacceptable, inherently religious activities and the Department of Justice would not be able to fund the programs if it continued,” Sheriff Julian Whittington told Fox News. “They wanted a letter from me stating that I would no longer have voluntary prayer and I would also have to remove ‘God’ from the Young Marine’s oath.”

The sheriff refused to sign any document pledging not to pray and as a result the department lost its funding. The Liberty Institute is representing the sheriff’s office as they try to get back $30,000 in government funding.

Meanwhile, Gov. Bobby Jindal has issued a proclamation urging the DOJ to restore funding and U.S. Sen. Mary Landrieu has introduced legislation to forbid the federal government from defunding programs because of religious activity.

The DOJ originally funneled the money through the Louisiana Commission on Law Enforcement. The DOJ did not return telephone calls seeking comment.

Young Marines describes itself as a private service program for boys and girls. Its national website says members should attend church and pledge not to dishonor God. The Justice Department took exception to that.

“We are deeply troubled that the DOJ, the agency in charge of defending the civil rights of us all, would engage in this type of discrimination by denying permission to fund the outstanding Young Marine’s program,” Berry said. “It is shameful that a mere mention of God sends the DOJ officials running as if they had seen a ghost.”

Berry sent a letter to the Department of Justice Civil Rights Division calling on them to reinstate the lost funding.

“The DOJ’s denial of funds to BPSO youth programs is a violation of the First Amendment’s Free Exercise Clause because it constitutes unlawful viewpoint discrimination,” he wrote.

According to documents obtained by Fox News, the DOJ took exception to the Young Marines obligation oath.

“From this day forward, I sincerely promise I will set an example for all other youth to follow, and I shall never do anything that would bring disgrace or dishonor upon my God, my Country and its flag, my parents, myself, or the Young Marines,” the oath read. “These I will honor and respect in a manner that will reflect credit upon them and myself. Semper Fidelis.”

The Young Marines Creed also references a promise to “keep myself clean in mind by attending the church of my faith.”

In March 2012, a DOJ audit of the program noted their “special emphasis on the love of God and fidelity to our country.”

In October 2012, the sheriff’s office was told to cease voluntary prayers unless they were conducted in a separate time and location from the class.

In March 2013, the DOJ raised more concerns over approving funding because of the references to ‘God.’

And in May funding was denied.

That decision drew bipartisan outrage – starting with Gov. Bobby Jindal who signed a proclamation supporting the sheriff’s office and the Young Marines.

“The First Amendment guarantees us freedom of religion, not freedom from religion,” Jindal said. “It was written to protect people of faith from government officials, and we are going to hold on to that freedom.”

Jindal said he would do whatever he could to convince the Obama Administration to refund the program.

“I hope we can, but I know we are not going to give up our religious freedom,” he said, noting that the sheriff’s program has helped a number of Louisiana’s young people.

“We are calling on the Department of Justice to restore the funding to the Young Marines so it can continue improving the lives of our young men and women through prayer,” the governor said.

On Thursday Landrieu introduced the “Freedom to Pray Act.” The bill would forbid the federal government from withholding money from programs whose participants engage in voluntary religious activity.

“This is clearly a serious overreach by the Department of Justice and I intend to do something about it,” Landrieu said. “These kids are working to improve themselves and their communities; they deserve support, not unnecessary hurdles.”

Landrieu chastised the DOJ’s decision and said they had no right to single out the Bossier Parish programs.

“The DOJ has plenty of problems to worry about,” she said. “It should focus more on them and not a program that is doing good work for kids in our community.”