The EPA Is Not Above the Law 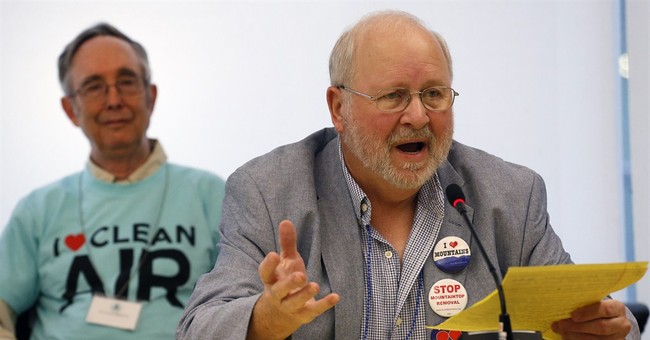 When the U.S. Environmental Protection Agency violates a clear statute designed to ensure its regulations and environmental standards receive independent scientific review, someone should sue to force the agency to follow the law. That’s exactly what Pacific Legal Foundation did when the EPA and the Department of Transportation issued regulations in 2011 to establish greenhouse gas emission and fuel efficiency standards for cars (the Car Rule) and medium- and heavy-duty vehicles (the Truck Rule) without submitting either proposed rule to the federal Science Advisory Board for peer review.

Both cases will be debated in federal court for the first time Friday when a panel of the U.S. Court of Appeals for the D.C. Circuit hears oral argument in the consolidated cases. On behalf of a construction contractor, a trucking firm, and their respective trade associations in California, my colleague, Ted Hadzi-Antich, will argue that the EPA’s failure to submit the vehicle emissions standards to the Science Advisory Board for comment requires the standards to be vacated.

The EPA has regularly complied with the Science Advisory Board statute. Yet it didn’t seek Board review when it issued the Car and Truck Rules that involve greenhouse gas emissions and new corporate average fuel efficiency standards. Thereare especially important reasons why EPA should have done so for these two rules.

For one thing, it’s the first time EPA has attempted to regulate vehicle greenhouse gas emissions as such, and carbon dioxide in particular. Carbon dioxide is non-toxic, ubiquitous, and essential to life on Earth, but it is also a greenhouse gas—for good and for ill, depending on its concentration in the atmosphere. It constitutes roughly 14 percent of gasoline vehicle emissions and about 95 percent of the greenhouse gases therein. Changing that mix and its likely effect is where the complications begin.

Questions over the adequacy, integrity, and interpretation of scientific data are endemic to the evaluation of almost all environmental standards or regulations, but they are especially complex and uncertain with regard to greenhouse gas interactions. Various cost, benefit, and other environmental impacts of the emissions and fuel efficiency standards are at play in the Car and Truck Rules, and all of them may be confounded by underlying data errors, faulty analysis, and unjustified conclusions. The blue-ribbon Science Advisory Board has the expertise and ability to review the underlying agency data and its analyses thereof. That’s why Congress created that panel of experts to begin with.

Second, even the EPA has admitted that each of the two rules will cost at minimum over one hundred million dollars per year to implement (at least ten times that figure is likely, according to EPA), although it also claims that fuel savings will eventually provide net benefits after the more expensive vehicles are purchased. One hundred million (or even a few billion) dollars may not seem like an unusually large figure compared to some congressional mandates, but proposed agency regulations over that figure trigger federal agency review coordinated by the Office of Management and Budget (OMB) under Executive Order 12866.

The Car and Truck Rules were submitted to OMB, and OMB sent the draft rules to other executive branch agencies for comment. But they were not submitted to the Science Advisory Board. The interagency review pursuant to the presidential executive order is not mandated by statute, is not remotely independent, and does not examine the science underlying the rules, but it belies the notion that the review mandated by the Science Advisory Board statute was not feasible or worth seeking.

The Science Advisory Board statute sets forth a nondiscretionary mandate: “[for] any proposed criteria document, standard, limitation, or regulation, [EPA] shall make available to the Board such proposed criteria document, standard, limitation, or regulation, together with relevant scientific and technical information in the possession of the Environmental Protection Agency on which the proposed action is based.” The Car and Truck Rules are both “standards” and “regulations” pursuant to that statute.

Apart from its crabbed argument that owners who must pay significantly more for vehicles if the rules go into effect have no standing to challenge them, the EPA’s only excuse as to why it didn’t submit the two rules to the Science Advisory Board for review is that it published them in the Federal Register. According to EPA, the Science Advisory Board could have scanned the Federal Register each day looking for proposed rules that might contain scientific foundations that it should review.

Fortunately, the D.C. Circuit Court rejected the “Federal Register” dodge to the Science Advisory Board submission requirement as far back as 1981. In American Petroleum Institute v. Castle,the court held that, in the context of the SAB statute, “making available” required that EPA submit the material to the Board. This is reinforced by the statutory requirement in the same sentence that the “relevant scientific and technical information in the possession” of EPA also be submitted with the rule or standard. Publication of the draft rule is not sufficient.

It is also unreasonable to put the onus on the Scientific Advisory Board to scan any number of government publications and postings, and then try to determine which criteria documents, standards, limitations or regulations should have been submitted to it. According to EPA’s logic, no individual or entity needs to file any information in conjunction with a request for an EPA permit if the agency can find that information in a public record. That is not the standard that EPA applies to documents and information it is supposed to review.

The only serious issue is what the courts should do about EPA’s violation of law. EPA’s statutory violation cannot be dismissed as a harmless error. Congress enacted the requirement for Science Advisory Board review because it believed it would make a difference in the standards and regulations EPA issued, and that has proven true time and time again. EPA’s violation relating to these rules is especially consequential, as the two affidavits of the former chairman of the Science Advisory Board explain: these are precisely the type of rules that Congress intended the Board to evaluate, and EPA’s failure to obtain the required peer review is inexcusable.

This year marks the 800th anniversary of Magna Carta, which established that even the King of England had to abide by “the law of the land.” That principle evolved in England to prevent various abuses by the executive and is even more firmly rooted in our constitutional republic. For EPA to follow “the law of the land” in these cases, it must submit the rules and underlying scientific information to the Board and consider its comments thereon before issuing final standards and regulations.