Notes on Tajikistani Nationals Who Plotted Terror on U.S. Air Force in Germany: How They Got In Matters

Todd Bensman
|
Posted: May 05, 2020 12:01 AM
Share   Tweet
The opinions expressed by columnists are their own and do not necessarily represent the views of Townhall.com. 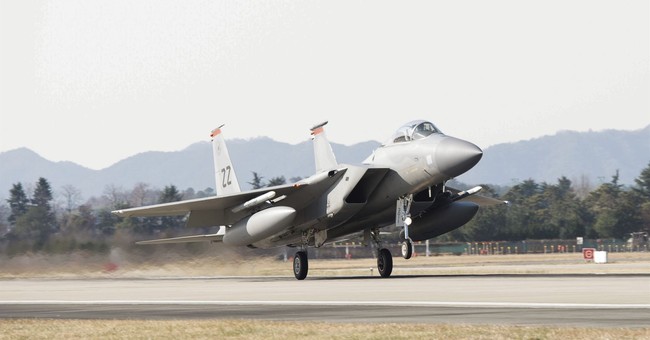 In the national preoccupation with the COVID-19 virus lockdowns, Americans largely overlooked a close-call jihadist attack on two U.S. Air Force bases in Germany. And in the national distraction, something else about this attack plot also was missed. The five Tajikistanis rounded up April 15 by German anti-terrorism police were asylum seekers who employed a newly minted terror-travel tactic the world has scarcely acknowledged or studied. The terrorist suspects, all between 24 and 32 years old, apparently “all entered the country as refugees” and were on intelligence radars for quite some time, according to Germany’s Interior Minister Herbert Reul. All applied for political asylum starting in 2015, authorities said.

This means some, if not all, of the five Tajikistani terrorists would have migrated among millions of Europe-bound refugees over long distances to breach the European Union’s common external border and exploit a benefit-of-a-doubt asylum system that afforded ample time for them to form a cell and reach advanced stages of planning. Funded in part from $40,000 one received to assassinate an Albanian man, they’d allegedly stockpiled fully automatic machine guns, ammunition, and the components for anti-personnel explosives to kill U.S. soldiers.

Details so far are scant about what route they took, when, which section of border they crossed to enter the EU as far as Germany, and about their asylum claims.

But the significant bloodshed they had in mind for American troops, had they succeeded, no doubt would have forced a U.S. response, to undoubtedly include demands to know how the migrants initially got into Europe and were able to plot so effectively under the noses of German authorities. Obviously, since the Germans thwarted the attacks, tactical introspection may never be demanded or forthcoming, a lost opportunity to educate that long-haul human smuggling routes from the seven so-called “stan” countries of Central and South Asia connect to Europe but also to the U.S. southern border. More on that shortly.

The Many Roads from Jihadist “Stan” Land

Since it seems unlikely that either media or governments will focus on how the Tajiks reached the proximity of their German targets, here’s how some Tajiks have migrated from their 98-percent Muslim country of nine million to Europe in recent years.

Right next door to Afghanistan, Tajikistan and several other of its former Soviet Republic “stan” neighbors have suffered an Islamic terrorism problem for at least 25 years. Tajik jihadists have conducted an ongoing series of attacks inside the country for years while their governments have attempted to contain the problem, according to the U.S. State Department’s 2018 Country Reports on Terrorism.

Thousands of young Tajiks and Uzbeks flocked to join ISIS in Syria and other terrorist organizations in Afghanistan, and Iraq, and have begun circulating through the international bloodstream with combat experience and ideological indoctrination.

Their infiltration into Europe coincided with a Tajikistan government 2015 banishment of the barely tolerated Islamic Renaissance Party of Tajikistan (IRPT), which dated to underground Islamism in the 1920s and was tagged for its close association with Osama Bin Laden’s Al Qaeda before 9/11, and for propagating attacks and fomenting violent jihad in more recent years. The government designated IRPT a terrorist organization. Amid arrests, intimidation and anti-IRPT propaganda in 2015, IRPT activists began scattering across the world, viewed as a kind of dirty bathwater concentrate that found its way into the migrant spillways into Europe – and beyond.

From 2015 on, Tajikistani asylum seekers made their way in growing numbers across Russia and Belorussia first to EU-member Poland, which was hostile to mass-migration from Muslim-majority countries and, unsurprisingly, found the atmosphere decidedly unwelcoming. Seeing asylum rejections, many IRPT members (or those claiming to be) kept going on to Germany and France.

To what extent these forces had any bearing on the five Tajiks busted in Germany is unknown at this point. What is known is that they moved into Germany on the 2014-2017 mass migration wave, claimed international protection, and received it with no one the wiser that they’d now have plenty of time to plot.

My November 2019 Center for Immigration Studies research into how violent Islamic jihadists infiltrated Europe’s border, in which more than 100 border-crossing asylum seekers killed and plotted after their entries, established that such terrorist travel was a deeply patterned new phenomenon in the western world. The study explored implications for U.S. border security in that routes from the same origin countries were established, well-trammeled, and spilled thousands of migrants per year from Muslim-majority nations like Tajikistan over the U.S.-Mexico border.

The CIS research demonstrated that migrants like these wrought bloody mayhem from one end of Europe to the other, leaving 1,000 Europeans of various nationalities dead and wounded, right to the present day.

What is different about the recent Tajik plot is that American soldiers were to be slaughtered as a result of border infiltration by so-called migrants and asylum seekers, a rarity. And it follows that since Tajiks wanted so badly to murder Americans in Europe, why not in the American homeland too? Understanding the bigger threat picture requires a look at whether Tajik migrant-terrorists could even reach our own border.

U.S. Customs and Border Protection data shows the presence of smuggling bridges from the mostly low-population “stan” countries to the U.S.-Mexico border. U.S. Border Patrol apprehended a relative handful crossing between U.S. southern border ports of entry each year, in single digits (only 19 from 2015 to 2019). Many times the number of “stans” made it from next-door Uzbekistan (108), Afghanistan (60), and Kazakhstan (23). U.S. Border Patrol caught approximately 916 from Pakistan between fiscal years 2015-2019.

It’s unclear how Tajiks do it, though all eventually fly into South America or Central America on various legal or fake visas, then smuggle in. One popular route runs from Moscow to Cuba and then into Central American countries. Once Tajiks reach the U.S. border, they would in high likelihood claim asylum on various grounds of government persecution and eventually bond out to await hearings that might not be scheduled for between one and four years. Just like in Europe; the November 2019 CIS study demonstrated that jihadist infiltrators exploited hearing wait times that averaged 11 months. Plenty of legal time to plan damage.

A Pause for Gratitude to Germany and Self-Awareness

A long-held point of pride of the U.S. homeland security enterprise since 9/11 is its endeavor to constantly study terrorist tradecraft, such as how they communicate, organize, and collect weapons. Staying at least even with terrorist “tactics, techniques and procedures” as they emerge, adapting in tandem with the changes, was always viewed as the ideal to keep America safer. One of the most fundamental of the tactics, of course, was “terrorist travel,” since understanding the ins and outs of how they reach targets would have prevented 9/11.

America should pause from COVID-19 long enough to thank Germany for stopping this one, despite its own preoccupation with the virus, and contemplate for a moment he divine intervention, luck, and bravery that saved our troops.

But besides a pause for gratitude, some additional reflection is warranted about how these acolytes of ISIS managed to get into position for it, so as to learn lessons to prevent others like them from trying it at the U.S. border.