Tim Murtaugh  |  Aug 09, 2019
The opinions expressed by columnists are their own and do not necessarily represent the views of Townhall.com.
Top Columns
Trending on Townhall Media 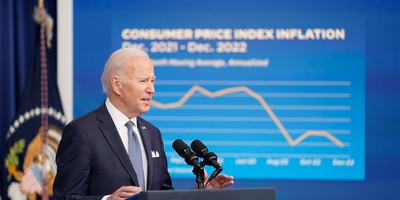 The Democrats’ all-consuming hatred of President Trump leads to some serious lapses in judgment. They don’t even seem to mind if their own constituents become collateral damage in their scorched-earth campaign to take down the President. Democrats are now employing a tactic of “naming and shaming” that all Americans, including other candidates and party leaders, should condemn and disavow.

Representative Joaquin Castro — a San Antonio Democrat who also runs his twin brother Julian’s presidential campaign — deliberately put Trump supporters from his own district in harm’s way Tuesday, proving that Democrats are totally insincere when they accuse Trump of inflaming passions with his rhetoric.

In the days following the horrific mass shootings in Dayton and El Paso, emotions and tensions are understandably running high. In an effort to capitalize on this politically, Castro tweeted out a list of 44 San Antonio residents who made the maximum contribution to the Trump Campaign in 2019, including their full names and employers. Castro even singled several of them out as local business owners. By tweeting out a list of Trump donors from San Antonio, Joaquin put Julian’s already-doomed presidential aspirations above the people he was elected to represent.

The lawmaker didn’t leave his meaning to the imagination, either, telling his followers that “their contributions are fueling a campaign of hate that labels Hispanic immigrants as ‘invaders.’” In a subsequent interview on MSNBC, Castro said his idea was to make Trump donors “think twice” about supporting the re-election of the President. This is unmistakably threatening language.

Democrats and the mainstream media constantly obsess over the President’s “rhetoric,” as Castro himself alluded to in his tweet, yet by demonizing specific individuals, Castro went far beyond anything liberals have ever even accused Donald Trump of saying.

The Castro campaign is unapologetic about their actions and motives, so the question must be asked: Are all of the other Democrat candidates for president comfortable with this tactic? Will DNC Chairman Tom Perez or Speaker Nancy Pelosi condemn it as unacceptably placing private citizens at risk?

Castro directly exposed fellow San Antonio residents to threats of harassment, boycotts, and violence by essentially laying the blame for the El Paso shooting at their feet. This is irresponsible, dangerous, and a dereliction of duty. Joaquin Castro shouldn’t single out and try to shame his constituents for their political affiliations; he should fight for them. The people of San Antonio deserve better from their representative in Congress.

Castro is the twin brother of San Antonio mayor and 2020 presidential candidate Julian Castro. He is also the chairman of his brother’s presidential campaign.

When I called out Castro for publishing his target list, he remained obstinate. He doesn’t seem to care that he has, at the very least, invited the harassment of law-abiding citizens and, at worst, encouraged violence. Instead, he seems proud of it.

In contrast to Castro’s efforts to pit his own constituents against each other, President Trump has proudly defended the interests of all Americans, regardless of political party, throughout his tenure in the Oval Office. Democrats complain about the President’s use of the word “invasion” to describe the crisis at our southern border. But with over a million people projected to enter the country illegally this year, and more making their way through Mexico at any given moment, it is an accurate description of the situation. The President is the only person showing concern for American citizens who are hurt by unfettered illegal immigration.

Unlike Castro, the President struck a chord of unity in response to the mass shootings in El Paso and Dayton, using conciliatory rhetoric to bring a broken nation together. In the wake of national tragedies such as these, we need to come together as Americans and focus on what we hold in common. President Trump has done just that, putting the interests of the nation over the partisan brawl.

Joaquin Castro took a huge political gamble in hopes of resurrecting his brother’s comatose presidential campaign, betting that hatred for President Trump runs deeper among Democrat voters than their sense of decency. The American people, though, will never tolerate such cynical partisan games.